National Radio Show Highlights the Importance of Standards and the People That Develop Them
The Takeaway radio show, a co-production of WNYC Radio and Public Radio International in collaboration with New York Times Radio and WGBH Boston, is running a weeklong series of programs intended to shed light on the standardization world and the dedicated professionals driving it. "Meeting the Standards" features interviews with engineers and standardization leaders, candidly discussing the critical roles standards and conformity assessment play in virtually every aspect of everyday life around the globe.

In the first segment, "Meeting the Standard in a World Continually Transformed by Technology," Mark Sheehan, managing director for development standards and certification at ASME, an ANSI-accredited standards developer, stresses the ubiquity of standards, noting that, "Without standards, virtually nothing in the world would be workable." In segment two, "Proving Nuclear Power Is Safe," Ken Balkey of Westinghouse and ASME focuses on the increased level of trust in safety that effective standards and conformance can provide in the nuclear industry. Finally, "Making Medical Devices Compatible and Secure" features Alpesh Shah of ANSI-accredited standards developer IEEE highlighting how standards can foster safety, security, and innovation in rapidly developing technology sectors such as health IT.

Listen to the entire "Meeting the Standards" series on The Takeaway website.

January 15 SES Webinar on Emerging Professionals in Standardization
ANSI member and accredited standards developer SES - The Society for Standards Professionals will hold a webinar focused on the need for participation by new and emerging professionals in standardization and conformity assessment activities. The webinar will be held on Wednesday, January 15, 2014, from 1:00 p.m. to 2:30 p.m. eastern.

cdpACCESS allows all ICC members to vote online on assembly floor motions and allows ICC governmental member voting representatives and honorary members to vote online in connection with public comments and proposed code changes. The new tool can be used on tablets and computers running Windows or Apple's iOS, and is compatible with most major Internet browsers.

For more information about cdpACCESS, or to use the new tool, visit www.cdpaccess.com.

For more information about ITI and its activities, visit www.itic.org. 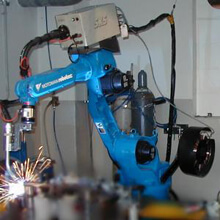 Keep Warm with Standards during the Depths of Winter