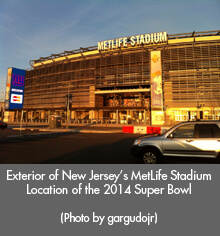 This Sunday, the Seattle Seahawks and the Denver Broncos will face-off in the 48th Super Bowl, the annual championship for the National Football League (NFL). Each year, the big game delights thousands of in-person spectators and millions of fans watching the games on television at home or in bars, restaurants, and other venues across the country. And while spectators are caught up in the excitement on the field, voluntary consensus standards will be there in the background, helping support the many activities and technologies that make the Super Bowl possible.

Super Bowl XLVIII will be held at MetLife Stadium in East Rutherford, New Jersey. This will be the first Super Bowl to be held outside in a cold-weather location, making the effective management of snow and ice removal an important priority for the game's organizers. ANSI B71.3-2005, Snow Throwers - Safety Specifications, provides specifications for walk-behind power snow throwers and ride-on tractors or lever-steer machines with snow thrower attachments; it does not apply to agricultural, highway, or airport snow throwers, or to handheld snow throwers. This American National Standard was developed by the Outdoor Power Equipment Institute (OPEI), an American National Standards Institute (ANSI)-accredited standards developer and organizational member. A standard developed by ASTM International, an ANSI member and audited designator, provides guidance connected with another popular snow-removal method: salt. ASTM D98-05(2013), Standard Specification for Calcium Chloride, provides specifications for technical grade calcium chloride, a type of salt used to remove ice and snow, among other uses. The standard provides values for chemical analysis and related explanatory notes.

While a limited number of parking spaces will be available outside of MetLife Stadium for $150 per space, the vast majority of attendees are expected to use public transportation. NFPA 130-2014, Standard for Fixed Guideway Transit and Passenger Rail Systems, 2014 Edition, provides fire protection requirements for commuter rail, heavy rail, and light rail transit systems, including transit stations, maintenance areas, and vehicles. The standard was developed by ANSI member and audited designator the National Fire Protection Association (NFPA).

Once the game is underway, fans in the stadium will be focused intently on the action in front of them. But during the many timeouts, television breaks, and other interludes between the end of one down and the beginning of the next, spectators will be busy uploading pictures and posting to social media. IEEE 802.16p-2012, IEEE Standard for Air Interface for Broadband Wireless Access Systems--Amendment 1: Enhancements to Support Machine-to-Machine, helps support broadband wireless access systems so every tweet can be transmitted - Twitter reported a record 24.1 million posts related to the 2013 Super Bowl. The standard was developed by ANSI member and accredited standards developer IEEE.

When it comes to the Super Bowl and other major sporting events, voluntary consensus standards play an important supporting role, helping to bolster safety and effectiveness on the field and off. 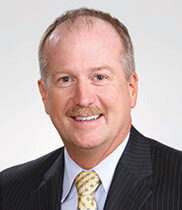