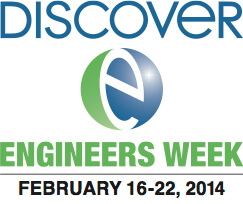 Since its founding in 1951, Engineers Week has served to highlight the essential work done by engineers and engineering-related companies and groups to support public safety, health, and development around the world. The event, held this year February 16—22, is traditionally scheduled to coincide with the February 22 birthday of George Washington, a trained surveyor who used his position as head of the Continental Army and as the first president of the United States to back engineering-related innovation.

This year's edition of Engineers Week included a wide array of programs, events, and prizes, including Girl Day 2014, a targeted initiative focused on encouraging more girls and young women to become involved in the engineering profession. Another highlight was the announcement that students from St. John Lutheran School in Rochester, Michigan, were the 2014 winners of this year's Future City Competition, which challenged middle school students to design an urban transportation system.

In conjunction with the week, ASHRAE, an American National Standards Institute (ANSI) member and audited designator, announced that Rebecca Delaney, a mechanical engineer with Primera Engineers of Chicago, had been selected as the winner of its annual New Face of Engineering program. The initiative highlights the achievements of engineers who are 30 years of age or younger. For more information about Ms. Delaney, visit the 2014 New Face of Engineering announcement page.

Engineers Week 2014 is sponsored by DiscoverE (formerly the National Engineers Week Foundation), its corporate affiliates, and a roster of additional partners, with ANSI member IEEE and DuPont, the parent company of ANSI member DuPont Engineering, serving as the co-chairs of this year's celebration.

For more information about this annual series of events, visit the Engineers Week website, or watch a free video on ways to support the week's goals. 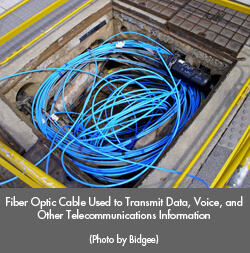 Voluntary Standards Cover the Spectrum: from Next Generation Networks to Waste Compactors