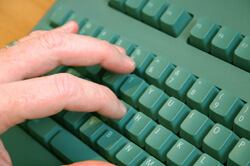 ANSI Seeks Input on Proposed Revisions to OMB A-119

All feedback must be submitted no later than March 21

The American National Standards Institute (ANSI) is seeking feedback from representatives of standards developing organizations (SDOs), industry, academia, government agencies, and other relevant stakeholders in connection with the White House Office of Management and Budget (OMB)'s recent issuing of proposed updates to OMB Circular A-119, "Federal Participation in the Development and Use of Voluntary Consensus Standards and in Conformity Assessment Activities" [see related story]. All input on the proposed draft, which is expected to have a significant impact on future U.S. government use of privately developed voluntary consensus standards, must be received by ANSI by Friday, March 21, 2014.

In 2012, the OMB announced that it was considering revising the circular, which was last updated in 1998, in light of notable changes that had occurred in the ensuing years in connection with voluntary consensus standards, conformity assessment activities, and government regulatory work. Circular A-119 and the National Technology Transfer and Advancement Act (NTTAA) of 1995 instruct U.S. federal agencies to consider using voluntary consensus standards developed privately instead of government-unique standards whenever possible. ANSI was one of about 70 organizations and individuals to submit comments in connection with the 2012 request for feedback [see related story].

The proposed update to Circular A-119 touches on a number of different topics associated with standards and conformance, including many with the potential to have a significant impact on the U.S. standardization community. Subjects covered include government participation in standards development activities, the role of the Interagency Committee on Standards Policy (ICSP), international conformity assessment schemes and regulatory cooperation, and the use of voluntary consensus standards in federal regulations, as well as incorporation by reference and intellectual property rights.

The OMB's Federal Register notice and a PDF copy of the proposed updated draft of Circular A-119 are both available online.

Given the importance of the proposed revision, ANSI has begun taking steps to develop a consensus response on behalf of the larger U.S. standards and conformity assessment community. In order to have sufficient time to develop this document, ANSI members are asked to review the revised draft of Circular A-119 and to submit input on the proposed changes to Elizabeth Neiman, ANSI senior director of communications, via email at eneiman@ansi.org by March 21, 2014.

ANSI also encourages individual organizations to submit their own comments in direct response to the notice. Please be aware that all direct responses must be submitted via the U.S. government's www.regulations.gov portal or faxed to 202-395-5167 no later than Monday, May 12, 2014. All direct comments received by the government in connection with this call for feedback will be posted publicly. 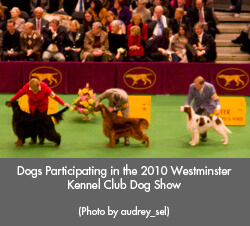