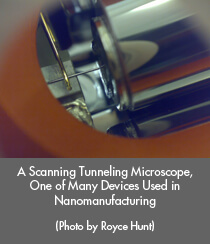 The U.S. Government Accountability Office (GAO) recently issued a report, titled "Nanomanufacturing - Emergence and Implications for U.S. Competitiveness, the Environment, and Human Health," that found that additional financial and organizational support - particularly in connection with U.S. involvement in the development of international nanomanufacturing standards - is required to ensure U.S. competitiveness in the this emerging field.

Nanotechnology, linked to nanoscale science and engineering, involves the manipulation and control of matter at the nanoscale, (approximately 1-to-100 nanometers), where unique phenomena allow for innovation and novel technological innovations. Nanomanufacturing, which refers the intentional synthesis, generation or control of nanomaterials, or fabrication steps in the nanoscale for commercial purpose, is widely seen as a growth sector with the potential to trigger significant economic benefits while also impacting on a wide variety of fields and industries.

According to the GAO report, the lack of sufficient international standards on nanomaterials and nanomanufacturing may be discouraging industry from making increased use of nanomanufacturing technology because of concerns that different countries will establish different and conflicting regulations or standards, fragmenting markets and increasing the cost to manufacturers and consumers alike. The report also suggested that current U.S. efforts to play a significant role in international standards setting related to nanomanufacturing would greatly benefit from increased funding and institutional support for the participation of U.S. experts. Such an increase would allow the U.S. to contribute more effectively to the development of these standards and ensure that U.S. companies are not placed at a strategic disadvantage in this important field.

The GAO's full report on the forum is available online.

ANSI-NSP serves as the U.S.'s cross-sector coordinating body for the facilitation of standards development in the area of nanotechnology. The panel's areas of focus include nanotechnology testing, measurement and characterization procedures, nanotechnology nomenclature and terminology, and health, safety, and environmental aspects of nanotechnology-related activities, among other topics. To learn more about ANSI-NSP and its work, or to get involved, visit its official webpage or contact Heather Benko (hbenko@ansi.org; 212-642-4912), ANSI senior manager, nanotechnology standardization activities. 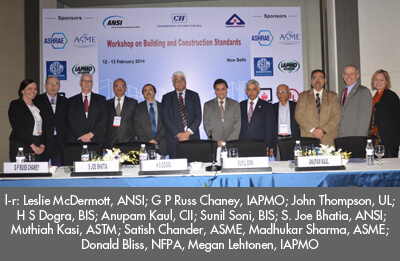 ANSI Convenes Workshop on Building and Construction Standards in India