Each spring, the National Collegiate Athletic Association (NCAA) holds its annual Men's Division I Basketball Championship, better known as March Madness or the Big Dance. The 2014 edition began March 18 with a roster of 68 competing teams and will conclude with the crowning of a national championship team on April 7. In addition to the many tournament rules and regulations set by the NCAA and the National Basketball Association (NBA), voluntary consensus standards play a role in supporting players, coaches, and fans as they enjoy this annual celebration of athleticism and competition.

Since the sport's founding, specialized basketball sneakers have evolved to reflect changes in the game. High-top sneakers with increased ankle support eclipsed low-tops and most brands added significant padding, reflecting the increased role played by jumping in modern basketball. ASTM F1976-13, Standard Test Method for Impact Attenuation of Athletic Shoe Cushioning Systems and Materials, described a gravity-driven test used to measure the ability of cushioning materials and systems in athletic shoes to respond to an impact. The standard, which is not intended for use on shoes made for children, was developed by American National Standards Institute (ANSI) member and audited designator ASTM International.

Because the Big Dance is a national tournament, participating teams are often required to travel significant distances between match-ups. For some teams (and their devoted fans), that can mean making use of chartered buses to bridge the distance between arenas. CSA D270-2008 (R2013), Multi-functional activity buses, provides requirements for the chassis and body of buses that are not intended for use as school buses, as well as related safety requirements. This standard was developed by CSA Group, an ANSI organizational member and accredited standards developer.

While some die-hard fans will be lucky enough to snag coveted March Madness tickets and see their favorite team play live, most basketball enthusiasts will be glued to the screen. ANSI/SCTE 40 2011, Digital Cable Network Interface Standard, provides normative specifications for digital network interfaces between cable television systems and relevant, commercially available digital cable products. This American National Standard (ANS), which supports the viewing of digital video content - including the Big Dance - on televisions with cable access, was developed by the Society of Cable Telecommunications Engineers (SCTE), an ANSI member and accredited standards developer.

While most of the attention during the Big Dance is understandably on the hundreds of competing players, voluntary consensus standards provide the tournament with an essential assist, helping to support the fierce match-ups and feats of athleticism that keep fans coming back. 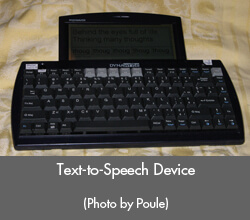 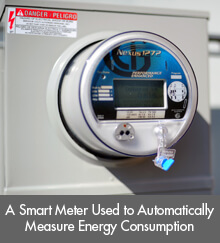