Jimmy W. Sealy, Fellow of the American Institute of Architects (FAIA), has been selected by the U.S. Celebration of World Standards Day Planning Committee as the 2014 recipient of the prestigious Ronald H. Brown Standards Leadership Award. Mr. Sealy will be honored by members of the U.S. standards and conformance community during the U.S. Celebration of World Standards Day, which will be held on Thursday, October 23, 2014, at the Fairmont Washington in Washington, DC.

Named for the late U.S. Secretary of Commerce, the Brown award recognizes demonstrated leadership in promoting the important role of standardization in eliminating global barriers to trade. The award is presented at the U.S. Celebration of World Standards Day, an annual event which honors the U.S. standards and conformity assessment community and recognizes its efforts to promote American competitiveness in a global marketplace, safeguard the environment, and improve the quality of life for workers and consumers around the world.

Mr. Sealy was nominated by the National Institute of Building Sciences (NIBS), the Administrating Organization of this year's celebration, for his important, long-standing contributions to the development of the nation's building codes and related standards, among other work. He has been active in the codes and standards community since 1972 and worked with all of the model code organizations. He has served on the Underwriters Laboratories (UL) Fire Council, the American Institute of Architects (AIA) Codes and Standards Advisory Committee, and the AIA committee for accessibility, among many other groups, and is currently the chair of the NIBS Building Seismic Safety Council Board of Direction. Mr. Sealy is a recipient of multiple industry awards, including the Southern Building Code Congress International (SBCCI) Alton T. Riddick Award; the NIBS Member Award and the Mortimer M. Marshall Lifetime Achievement Award; as well as the International Code Council (ICC) Bobby J. Fowler Award, which is the building code administration profession's highest honor.

More information about the U.S. Celebration of World Standards Day 2014 is available at www.wsd-us.org. 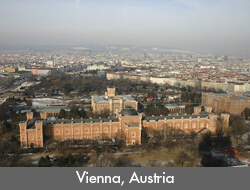