Applications Must Be Received by March 31

The U.S. Department of Commerce (DoC)'s National Institute of Standards and Technology (NIST) has begun accepting applications for its Standards Services Curricula Development Program, which provides financial backing for the creation and implementation of standardization-related classroom content at U.S. institutes of higher learning. Between two and eight projects lasting at least one year but no more than a year and a half will each receive $25,000-75,000 under the program; the earliest expected start date for awards is July 1, 2014.

Recipients of the awards will work to develop curricula for undergraduate or graduate students focusing on the significance, value, and benefits of standardization, and will seek to identify sustainable approaches supporting the integration of standards-related content into existing curricula in U.S. colleges and universities. Participants must share project information with relevant stakeholders, publicly release the eventual results of the project, and take part in a one-day workshop in Gaithersburg, Maryland, in fall 2015.

All colleges, universities, and other institutes of higher learning located in the United States or its territories are eligible to apply, along with U.S.-based nonprofits, commercial organizations, and state, local, and Indian tribal governments. Interested groups are permitted to team with other applicants in putting together applications and may include proposed sub-contracts or awards with other organizations in their project application.

All applications must be received before midnight on Monday, March 31, 2014. To apply for an award, visit www.grants.gov and click on Federal Funding Opportunity 2014-NIST-SSCD-01.

Nanotechnology May Be Key to Solar Energy and Energy Storage 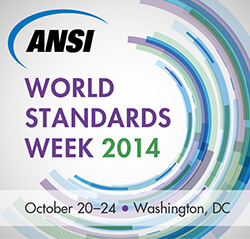