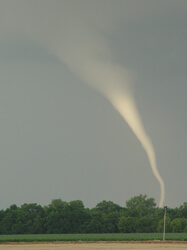 The National Institute of Standards and Technology (NIST), a division of the U.S. Department of Commerce (DoC), recently released two important documents touching on standards needs related to the threat posed by tornadoes and other major weather events.

NIST began developing the two documents - Final Report, National Institute of Standards and Technology (NIST) Technical Investigation of the May 22, 2011, Tornado in Joplin, Missouri, and Measurement Science R&D Roadmap for Windstorm and Coastal Inundation Impact Reduction - following the 2011 Joplin, Missouri, tornado, which capped a series of major windstorm-related natural disasters in recent years, including 2005's Hurricane Katrina. Between 1996 and 2012, windstorm events caused more than 4,000 deaths and $250 billion in property damage.

Joplin Report Highlights Tornado Resistance Standards Needs
NIST began its investigation shortly after the 2011 Joplin tornado, which killed 161 people and is the deadliest U.S. tornado on record. The authors of the report investigated wind conditions, information about affected structures, relevant emergency communications, and other factors contributing to the severity of the disaster. The report contains 47 technical investigation findings, including:

The report also contains 16 recommendations intended to reduce future loss of life and property damage caused by similar windstorms, including a call for the development of new and updated nationally accepted voluntary consensus standards for building design, emergency communications, and public shelters that focus on the risk posed by tornadoes.

NIST has announced plans to reach out to standards and codes developing organizations to address this and other tornado-related standardization needs and to encourage state and local governments to update their building codes. In addition, the report is expected to bolster efforts to develop and update other codes and standards related to tornado resistance.

Windstorm Impact Reduction Roadmap Envisions Major Role for Standards Community
The NIST windstorm roadmap was developed by the Applied Technology Council, which works to bolster engineering approaches to hazard reduction and mitigation, with the assistance of the U.S. National Science Foundation, among other organizations. The roadmap's authors reviewed more than 20 relevant publications, including documents from the National Research Council and the National Science and Technology Council, and drew on discussions held during two workshops, one of which was held at the offices of the American Society of Civil Engineers, a member of the American National Standards Institute (ANSI) and an ANSI-accredited standards developer.

The document sets down a proposed program of research and development activities that would help to reduce the impact of windstorms and coastal inundations, and lists 30 research-related topics that should be pursued as part of this work. The roadmap envisions a significant role for members of the U.S. standards community in reducing the impact of these storms and bolstering the resilience of affected areas. The standards priorities identified by the document include:

The cost of the NIST's proposed research and development program is expected to total $4-6 million per year for eight years. This program is intended to support efforts to significantly reduce loss of life and economic costs associated with these types of weather events, bolster the resilience of affected communities, and reduce overall costs by encouraging the construction of structures in threatened areas featuring improved storm resistance, among other goals.

Both the Joplin tornado report and the windstorm roadmap are available online. For more information about NIST and its activities, visit www.nist.gov. 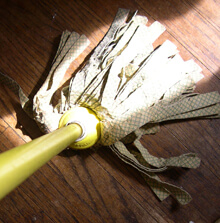 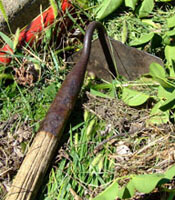 Planting the Seed: Standards Give Your Garden a Boost This Spring