The ONC HIT Certification program, previously known as the Permanent Certification Program for Health Information Technology, was established in January 2011 and became fully operational in October 2012. The ONC-AA is responsible for accrediting all certification bodies involved in the program, which seeks to enhance the certification of health information technology by bolstering the transparency, reliability, and efficiency of processes used to certify electronic health record (EHR) technology. In this role, ANSI assesses applicant certification bodies against the requirements set forth in ISO/IEC Guide 65, General requirements for bodies operating product certification systems (New ISO/IEC 17065), which was developed by the International Organization for Standardization (ISO) and the International Electrotechnical Commission (IEC).

"ANSI is very pleased to have been chosen once again as the ONC-Approved Accreditor under the HIT Certification Program," said S. Joe Bhatia, ANSI president and CEO. "This selection followed a rigorous, competitive evaluation process, and it speaks to the first-rate quality of the Institute's accreditation programs. This is one of many instances where government bodies have chosen to rely on ANSI accreditation to demonstrate value and assure competency for important national priorities."

"Accreditation by ANSI creates a valuable attribute for certification bodies," said Reinaldo Figueiredo, ANSI senior program director for product and process accreditation. "This value extends through the service network and will help to instill confidence in EHR technology among health IT developers, health professionals and hospitals, and the general public."

About ONC
ONC oversees government health IT efforts, and is a resource to the nation's health system to support the adoption of electronic health information technology and the promotion of nationwide health information exchange to improve health care. ONC is organizationally located within the Office of the Secretary in the U.S. Department of Health and Human Services.

ONC is the principal federal entity charged with coordination of nationwide efforts to implement and use the most advanced health information technology and the electronic exchange of health information. ONC was created in 2004 through an Executive Order, and legislatively mandated by the Health Information Technology for Economic and Clinical Health Act (HITECH Act) of 2009. 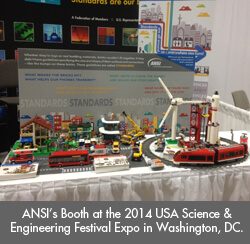