The Pan American Standards Commission (COPANT) held its annual General Assembly April 20-24, 2014, in Havana, Cuba. COPANT is a multinational organization tasked with promoting standards and conformity assessment activities in the Americas and worldwide. The group is made up of 32 National Standards Bodies (NSBs) from the Americas, as well as 10 adherent members from other regions.

S. Joe Bhatia, president and CEO of the American National Standards Institute (ANSI), currently serves as the president of COPANT, following his election to a two-year term at the commission's 2013 General Assembly in Saint Lucia [see related story].

The 2014 General Assembly was attended by 77 delegates from 28 of COPANT's active members and five of its adherent members, as well as from 2 other national standards bodies and 10 regional and international groups. Notable attendees from non-COPANT organizations included:

In his introductory remarks at this year's General Assembly, Mr. Bhatia called for the commission's members to take steps to improve communications and cooperation between the standards bodies of different COPANT member nations, with the goal of promoting more effective standardization work in the region and better representing the Americas in the international standards community. He also welcomed three new active members to COPANT - the St. Kitts and Nevis Bureau of Standards (SKNBS), the Bahamas Bureau of Standards (BBS), and the Suriname Standards Bureau (SSB) - as well as new adherent member the British Standards Institution (BSI).

During the event, COPANT signed an agreement of mutual cooperation with the Forum of IEC National Committees of the Americas (FINCA). This agreement is expected to lead to greater involvement by the national standards bodies of COPANT member nations in the development of IEC international standards. Separately, COPANT agreed to establish a Focal Group on Tourism Services that will be tasked with monitoring the work of ISO Technical Committee (TC) 228, Tourism and related services, and assisting the exchange of information on this topic among COPANT members. Other activities included workshops on the future of COPANT-related standardization and on bolstering conformity assessment infrastructure in the Americas, and a presentation on the COPANT's 2014-2015 strategic priorities, which focus on promoting efficient conformity assessment and increasing standards-related cooperation in the region, among other goals.

For more information about COPANT and its activities, visit the commission's official website. 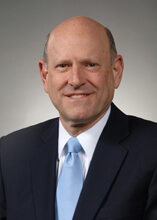 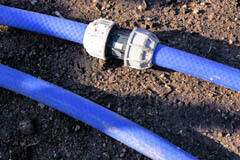