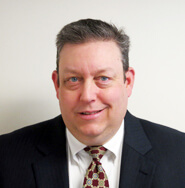 The American National Standards Institute (ANSI), the coordinator of the U.S. voluntary standardization system, is pleased to announce the promotion of Joseph Tretler Jr. to the position of vice president, international policy. Mr. Tretler will replace Gary Kushnier, who transitioned to the position of senior advisor - international in November 2013 [see related story].

Mr. Tretler joined ANSI in 1985 as a program administrator for the Institute's Standards Technology department. He became ANSI's program director, international, in 1989 and was promoted to information technology business director in 1996, overseeing implementation of processes and systems related to an organization-wide business process redesign. Since 1998, Mr. Tretler has served as ANSI's senior director, international technical program and services, managing ANSI's coordination efforts related to U.S. participation in the international standardization activities of the International Organization for Standardization (ISO), overseeing ANSI's ISO outreach and enhanced services program, and leading ANSI's ISO Team (ISOT), among other responsibilities.

In his new role as vice president, international policy, Mr. Tretler will head up ANSI's policy coordination and liaison activities related to ISO, the International Electrotechnical Commission (IEC), the European Committee for Standardization (CEN), the European Committee for Electrotechnical Standardization (CENELEC), the European Telecommunications Standards Institute (ETSI), the European Organization for Testing and Certification (EOTC), the Pacific Area Standards Congress (PASC), and the Pan American Standards Commission (COPANT), as well as their national member bodies and other relevant groups. He will also be responsible for liaising with U.S. government agencies, such as the Department of Commerce (DoC)'s International Trade Administration (ITA) and National Institute for Standards and Technology (NIST), the Office of the U.S. Trade Representative (USTR), and the U.S. Trade and Development Agency (USTDA), as well as associations such as the U.S. Chamber of Commerce and the National Association of Manufacturers (NAM).

"Joe has long been an essential part of our team here at ANSI," said S. Joe Bhatia, ANSI president and CEO. "With his international experience, skill at building and maintaining working relationships, and his thoughtful, effective leadership, he'll be a wonderful asset as vice president and as a member of ANSI's senior staff."

Mr. Tretler holds his bachelor of arts degree in liberal arts from the State University of New York at Stony Brook. In connection with his promotion, he will be relocating from ANSI's New York City office to the Institute's headquarters in Washington, DC.