The Certification and Accreditation Administration of China (CNCA) issued "Announcement 17 of 2014" on June 6, 2014, inviting testing labs and certification bodies to formally apply to become designated to perform work related to the China Compulsory Certification (CCC) mark. The notice outlines the eligibility criteria for interested applicants, which include provisions such as accreditation in the relevant scope and experience in the applicable services.

The CNCA notice also details the specific timeline for the application process. Application materials must be received in full by Friday, June 20, 2014, and will undergo two rounds of review by Friday, July 11, before the final announcement of newly designated bodies is made on Friday, July 25.

Companies seeking to perform certification in China are required to achieve both accreditation and designation, making CNCA's announcement of significant interest to certification bodies and other related stakeholders. Prior to this announcement, only Chinese companies were permitted to become designated.

The announcement by CNCA represents a positive follow-up on commitments made by China at the U.S.-China Joint Commission on Commerce and Trade (JCCT). Specifically, in 2013 China committed to issuing a call for new designated bodies that would include the same conditions for foreign and domestic companies. The issue also represents a key American National Standards Institute (ANSI) member priority and has been featured in communications such as the December 2013 letter to U.S. government agencies from six associations.

The full CNCA announcement and appendices are available online in Chinese. 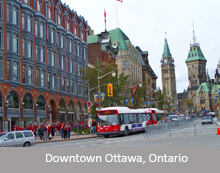