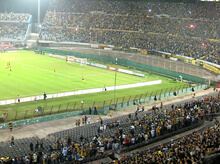 Billions of people worldwide are watching the biggest international sport event of the year, the 2014 World Cup. This event, hosted by Brazil and scheduled to run from June 12 to July 13, includes a total of 64 soccer matches featuring countries from all over the world. And while these teams are battling it out for a chance to reach the World Cup finals, voluntary consensus standards will be in the background, playing an essential role in supporting safety and effective operations during this tournament of tournaments.

One of the key elements in soccer's international popularity is the simplicity of its playing surface, allowing people from all backgrounds, income levels, and regions to play soccer on nearly any flat stretch of ground. But high-level play requires more expensive equipment, particularly the large-scale goals used in competitions around the world. A standard from ASTM International, an American National Standards Institute (ANSI) member and audited designator, provides important safety guidance related to the use of these goals. ASTM F2056-09, Standard Safety and Performance Specification for Soccer Goals, covers goals used in both indoor and outdoor soccer facilities and is intended to reduce the risk of accidental tipping or pullover of these goals, among other safety concerns.

For those lucky enough to watch World Cup matches in person at stadiums located across Brazil, a major part of the experience is being within hearing distance of the game itself. But when you're surrounded by thousands of cheering fans, hearing what's happening on the field can sometimes require technical assistance. Thankfully, the International Electrotechnical Commission (IEC) has developed an international standard to help. IEC 60268-5 Ed. 3.1 en:2007, Sound system equipment - Part 5: Loudspeakers, provides guidance for the operation of loudspeakers used in conjunction with a full sound system, like those used in many soccer stadiums and other sporting and entertainment venues. The standard was developed by IEC Technical Committee (TC) 100, Audio, video and multimedia systems and equipment, which is chaired by David Carlton Felland of the U.S. The Consumer Electronics Association (CEA), also an ANSI member and accredited standards developer, serves as the U.S. National Committee (USNC)-approved Technical Advisory Group (TAG) administrator to TC 100.

During evening matches, fans in attendance and those watching from home both depend on electrical lighting systems to keep the events on the field in sight. IESNA RP-6-01, Sports and Recreational Area Lighting, covers the evaluation of previously installed lighting in sport stadiums and other venues, and provides design criteria for the effective development of new lighting systems. The standard was developed by the Illuminating Engineering Society (IES), an ANSI member and accredited standards developer.

As part of its preparations to host the World Cup, the government of Brazil has carried out a number of major infrastructure projects intended to make it easier for fans to make their way to and from these important matches. One of these projects is the construction of new light rail line in Fortaleza, the site of multiple World Cup matches. NFPA 130-2014, Standard for Fixed Guideway Transit and Passenger Rail Systems, 2014 Edition, provides fire protection requirements for light rail transit systems, as well as commuter railroads, and heavy rail networks. The standard was developed by ANSI member and audited designator the National Fire Protection Association (NFPA).

No matter which national team emerges victorious, this year's World Cup is sure to exhilarate fans with its fierce rivalries and top-notch gameplay. And through it all, voluntary standards will do their part to support a safe, functional tournament. 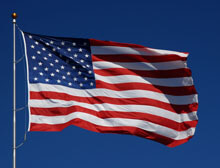