Craig K. Harmon, the president and CEO of Q.E.D. Systems Inc. and a longtime standards professional, passed away unexpectedly on Thursday, July 3, 2014, at the age of 67. The American National Standards Institute (ANSI) offers its condolences to his family and friends and colleagues at Q.E.D. Systems and in the wider standardization community.

Mr. Harmon served in the U.S. Army from 1965 to 1968, including a deployment in Vietnam, and received his bachelor of business administration degree in economics and international trade from the University of Iowa. Following his graduation, he worked at Northwestern Bell and then Norand, where he was director, systems engineering. In 1981, he founded Q.E.D. Systems, a consulting firm focused on standards development and education related to bar codes, RFID, and other automatic identification technologies, and spent more than 33 years as the company's leader.

Mr. Harmon was the author of the books Reading Between the Lines: An Introduction to Bar Code Technology and Lines of Communications - Bar Code & Data Collection Technology in the 90s, as well as many articles on topics related to RFID, the global supply chain, and the Internet of Things (IoT), among other subjects. In 2004, Mr. Harmon received the Richard R. Dilling Award from the Association for Automatic Identification and Mobility (AIM) and AIDC 100, honoring his outstanding contributions to the AIDC industry and efforts to promote related growth and innovation.

Mr. Harmon is survived by his wife, Marsha Harmon, as well as his father, his sister, his son, his daughter, his step-daughter, and five grandchildren. 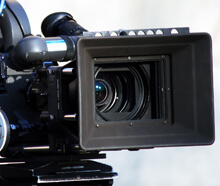