2014 marks the 25th anniversary of the creation of Project 25 (P25), a critical suite of standards that have created the foundation for interoperable, digital, two-way wireless communications for public safety and emergency responders since 1989.

Creating a single land mobile radio (LMR) standard that would serve the diverse needs of the nation's first responders, federal government, and military users with interoperable equipment from a variety of different manufacturers represented a tremendous engineering challenge. In addition, the P25 standard had to offer efficient, reliable, public safety grade performance in urban, suburban, rural, and wild land environments and be backward compatible to existing technology in use. The standard also needed to offer efficient wide-area coverage with a minimum of tower sites as well as a direct mode for unit-to-unit operation outside of the infrastructure coverage. All of these technical requirements were to be met using half the bandwidth of existing analog systems, but delivering comparable audio quality and significantly improved encryption.

Because of these standards, radios from different jurisdictions and suppliers can now talk to one another using a P25 standard common (over the) air interface (CAI) as well as a variety of standardized system interfaces. The communications interoperability provided by P25 improves public safety for all citizens by allowing coordinated multi-agency response and mutual aid during natural disasters, terrorist incidents, civil unrest, and mass public gatherings.

Interoperability for emergency responders has come a long way since 1989, and the P25 standards have evolved to meet changing needs and technical requirements for emergency communications. TIA has put together an informative video that celebrates "25 Years of P25," with in-depth accounts from the technical experts who have driven this activity.

One expert featured in the video is John Oblak of EF Johnson, former chairman of TIA's TR-8 committee responsible for the TIA-102 standards. Mr. Oblak is the recipient of ANSI's 2014 Finegan Standards Medal. [see related article] 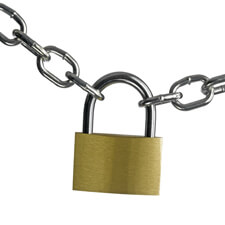