Gerald "Jerry" Hubbard, Energistics CEO and President, unexpectedly passed away on January 1, 2015, at age 63. The American National Standards Institute (ANSI) extends its condolences to his family, friends, and coworkers at Energistics, and his colleagues in the standardization community.

Mr. Hubbard was the co-founder and co-chair of the National Data Repository and the Standards Leadership Council. He joined Energistics in 2006 as EVP. He was named COO in 2010 and became company president and CEO in 2011. During his tenure as CEO, he was recognized with the Philip C. Crouse Cornerstone Award in 2014, for "fostering a global user community across standards organizations and dedication to the progression of open data exchange standards and data management practices." He was also the founding member of the PIDX Europe Executive Committee and a member of the Steering Committee of the United Nations Standard Products and Services Code.

Energistics is an ANSI organizational member that is active in ANSI's Board of Directors, National Policy Committee, and Organizational Member Forum. 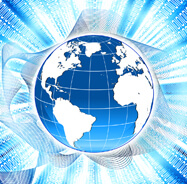