Originally Published in: Standards Engineering, the journal of SES: The Society for Standards Professionals

Editor's Note: Ms. Thuner notes in this piece that only one company and four standards developers participate in the ANSI Consumer Interest Forum. I'd like to challenge the readers of Standards Engineering to submit information about what their company or SDO is doing; we would be happy to publish this information and help to connect those who have an interest in the area. I'd like to believe that we are actually better than it looks—help me prove it.

Last May, at the International Standards Organization's Consumer Policy Committee (ISO/COPOLCO) annual workshop in Milan, Italy, attendees focused on "Building confidence in a business to consumer relationship." The daylong event examined market trends and tools that help suppliers communicate the various aspects of their products. Globally, consumers expectations for goods and services include "safety, performance, sustainability (as in friendly to the environment), origin, durability, and other criteria" such as possible use by children and disadvantaged adults. (From CO- POLCO's workshop 2014 announcement.)

Notably, a significant part of the focus was on the expansion of the "online marketplace" where clear and effective communication is critical. This level of communication is necessary to enhance the business to consumer relationship and to build mutual confidence. Perhaps YELP is an outgrowth of this business to consumer relationship—failed for some, impressive for others.

Let us assume that voluntary standards, often in lieu of multiple and even conflicting laws and regulations, can contribute to making the development, manufacturing, and supply of products and services more efficient, trade between countries easier, safe guard users and consumers, and make many aspects of life simpler. Now let us ask ourselves: Why the reluctance, failure, or paucity of consumer participation in the voluntary standards development process in the United States? (Contrast this with Europe, where there is an EU-wide organization (ANEC; see http://www.anec.eu/anec.asp) actively devoted to consumer interests in standardization.)

Since 1999, when I first joined the Consumer Interest Forum (CIF) at ANSI, I have been struck by just how few of the standards setting groups participate or have ever at- tended this forum. Even fewer company members have ever dropped in to hear the dialogue or to ask to be heard. Thankfully, the few who do engage in this forum bring valuable contribution to our discussions.

In preparing to write this article I interviewed consumer advocates, standards developers, government representatives, and companies to ascertain what the leading factors are that may be preventing greater and broader levels of consumer representation and participation in standards development.

First, in full disclosure, let me state that I have never been asked to, nor have I ever, participated in the voluntary standards set- ting process. My entire thirty-six year government career was in law and regulatory enforcement. Some of these were pushed into being by businesses, some by consumers, some by legislators, and even some initiated by government itself. I am therefore a former local government regulator with a consumer viewpoint at CIF.

Second, I firmly believe voluntary standards can be developed that are adequate to the tasks consumers expect and are economically and technologically feasible. However, it's important to understand that ‘adequate to the task' is not just eighty per- cent adequate, for me or for consumer representatives or advocates.

Third, the challenge of consumer participation has many factors and this article will highlight the most pervasive reasons. Some critical factors may have been over- looked but I encourage you to contact me directly and add to the list we are attempting to assemble. As the incoming chair of the CIF, I can ensure these other reasons will be included in CIF's 2015 agenda. We are hoping to reach out to many more consumer groups, standards developers, and interested persons to encourage their participation in the CIF. Hopefully, with your help, they will also participate in the voluntary standards development process.

There are many ways in which standards benefit from consumer input. ISO, in its Your Voice Matters, lists several ways. Consumers can provide data on safety aspects and ensure safety is properly ad- dressed; give examples of how services and products are actually used (or misused) in practice; and check that the performance requirements and test methods reflect the way products and services are actually used.

ISO's policy statement on consumer participation in standardization work aims to ensure that standards bodies incorporate the views of consumers in standards development. To support this, COPOLCO develops and promotes supporting materials. Currently under consideration is the adoption of Consumer International's excellent web-based training for consumer representatives in the standards setting process.

Because ANSI is the US representative to ISO, consumer associations, groups, and individuals can participate in two ways: through participation in a standards development effort and through the ANSI Consumer Interest Forum (CIF). I will first focus on ANSI's CIF. As of this writing there is representation from a number of different consumer organizations, and federal, state, and local government. There are also a number of individuals, many of whom are consultants, interested in the CIF and its activities. How- ever there are only four SDOs (UL, PMMI, ASTM International, and ASSE), three companies (Intertek, Corning, and Fisher-Price) and one trade association (the Toy Industry Association). Given that there are over two hundred ANSI-accredited standards developers, and many more ANSI company members (and their trade associations) that produce products used by consumers, these numbers are decidedly underwhelming.

Based on the interviews I conducted, the most frequently mentioned reason for the lack of consumer participation is not a surprise. Funding and compensation to support consumer participation, either in the CIF or the national and international standards setting processes, is tragically lacking. Some CIF consumer members must call in for each and every meeting. Others we have never met in person. For several years now there have been only two US delegates to the COPOLCO annual meeting and chairs meeting. This is hardly sufficient to carry the portfolio of the US National Standards Strategy, and it shows.

Second, when consumers are in the standards setting process they may need training. A quote that sums it all up for consumer participants to emulate:

All we need to do is be friendly without being familiar, be an advocate without being an adversary, be self- confident without being pushy, develop our sense of timing and our sense of humor and use every ounce of energy we possess to ensure that the consumer perspective has been addressed. In so doing, we shall have set a standard for consumer representation that is definitely persuasive. - Margaret Soper, CSA Consumer Representative and winner of CSA's most prestigious Member Award in 2002.

Currently available on-line training largely focuses on European practices but is quite thorough. Towards the end of 2013, Consumers International (CI) ran a pilot e-learning course on standards based on Consumers and Standards: Partnership for a Better World, an ISO training module, endorsed by CI. Each hour-long session focused on different topics under the main standards theme. Topics covered include what is a standard and how countries use standards to support regulations; what standards organizations are, including ISO and how ISO works with its partners; ways that national standards work begins and how this works at the international level; what CO- POLO is, what it does and how it impacts ISO's work; how standards benefit consumers and criteria by which consumers judge products and services; how aspects contained in standards help improve a product or service; areas where standards have improved consumers lives; the role of standards in comparative testing; what a consumer representative does and what general contribution he or she makes; where to go to join the standards-writing network; specific things a consumer representative can do in a meeting; some of the challenges to the process of consumer representation; how a consumer representative can be most effective; and consumer interests and developing trends.

Those who shared with me the need for training for consumer participants also noted that consumer representatives should not be outnumbered; several indicated that there needs to be balance as well as a critical mass of consumer representation. Without the assurance of balance the consumer representatives can easily be marginalized. Perhaps, as in other countries, we need to explore a minimum standard for standards panels. Consumer's perspectives need to be heard, respected, and considered. How this is accomplished is through openness, transparency, and respect for varying opinions.

Third, the latest generation of communication channels are providing contact with consumers in ways never before imagined. There must be a serious effort to work together to enhance consumer participation and utilize the information and opportunities available on existing sites. Transparency and validity may offer new paths to consensus that will promote greater consumer participation efficiently and effectively.

Regarding consumer involvement in standard development efforts, similar reasons for non-involvement probably apply as well. Consumers need to be more aware of standard development efforts and the critical importance of these efforts. Consumer representatives need to be funded to participate. They need to be trained so as to help them effectively participate. Innovative technology and communication methods must be adopted to further enhance participation. Consumer in- put must be respected and incorporated into the standard. Finally, and most importantly, the underlying standard has to effectively address the mitigation of hazards and fulfillment of other important consumer needs.

We need to initiate a dialog so we all have a literal inventory of progress, gaps, and works in progress. So I am asking you to share your thoughts: what are you doing or going to do to address these issues?

I am also inviting each of you to participate in ANSI/CIF and our meetings, both national and international (COPOLCO). Many other countries have delegations to COPOLCO that include government, national standards bodies, consumers, standards developers, and companies who make presentations on best practices in consumer participation.

The Society for Standards Professionals was founded in 1947 as the Standards Engineering Society, a not-for-profit professional membership society dedicated to furthering the knowledge and use of standards and standardization. SES is the member body for Canada and the United States in the International Federation of Standards Users (IFAN), and is accredited by the American National Standards Institute (ANSI). 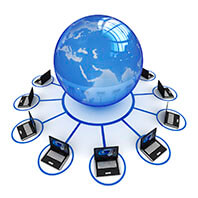