Recent comments from Chinese Premier Li Keqiang indicate support at the highest levels of the Chinese government for deepening the reform of China's standardization system, a process that has been underway for several years. According to Chinese leadership, the goal is to streamline the system and adjust the roles of the government and private sector to increase effectiveness.

During meetings with the Chinese agencies involved, representatives of the American National Standards Institute (ANSI) learned that, if finalized, this reorganization could impact the role of key organizations involved in the development and implementation of Chinese standards. As changes progress, ANSI's international policy department will continue to monitor China's reform and update members accordingly.

In a February 11, 2015, statement to the State Council Executive Meeting, Premier Li confirmed statements by officials from the Standardization Administration of China (SAC) that potential future reforms to China's standardization system include the reorganization of Chinese standards. China's standardization law, which was promulgated in 1989, provides a legal foundation for the process by which standards are developed and implemented in China. Generally speaking, China's standardization system can be characterized as "top-down," with the government playing a leading role in related activities. The four types of Chinese standards - national, industrial, local, and enterprise - are hierarchical in nature and can be classified as either mandatory or voluntary.

To date, China's standardization reform has included a number of initiatives that have varied in both duration and impact. For example, in 2014 SAC announced a pilot program to test run a new registration process for enterprise standards. Under the current system, companies are required to register their use of enterprise standards with relevant government agencies. It's often unclear with which government agency the enterprise standard should be registered and agencies bear an unnecessarily high cost to monitor company use of such standards. Under the new "self-declaration and disclosure of enterprise products and service standards" initiative, companies will be required to publically self-declare the standards they use for products and services. The change is intended to downsize the government's role and increase accountability and transparency at the company level.

Further details regarding the potential restructuring of Chinese standards are unlikely to become clear until the reform is approved. When the National People's Congress of China meets in March 2015, it is likely to deliberate the proposed reorganization, though it remains unclear when such changes will be approved. 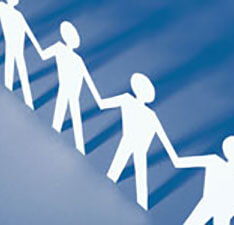