The U.S. Food and Drug Administration (FDA) recently adopted three nanotechnology standards as part of a major update to the administration's List of Recognized Standards. The documents comprise a Technical Specification (TS) developed by the International Organization for Standardization (ISO) Technical Committee (TC) 229 on Nanotechnologies, and two standards developed by ASTM International (ASTM), a member of the American National Standards Institute (ANSI) and audited designator. ASTM is one of six ANSI-accredited standards developers to achieve audited designator status in recognition of the organization's consistent record of successful voluntary standards development.

ISO/TS 14101, Surface characterization of gold nanoparticles for nanomaterial specific toxicity screening: FT-IR method, adopted by the FDA in January 2015, was developed by ISO TC 229, WG 3, Health, safety, and environment, under U.S. leadership. At the time of the document's publication, Dr. Laurie Locascio of the National Institute of Standards and Technology (NIST) served as the WG 3 Convenor, and Dr. Nam Woong Song of Korea served as the project leader. The U.S.'s Dr. Vladimir Murashov of the National Institute for Occupational Safety and Health (NIOSH) currently serves as WG 3 Convenor.

ISO/TC 229 Nanotechnologies defines nanotechnology as "application of scientific knowledge to manipulate and control matter predominantly in the nanoscale (approximately 1 nm to 100 nm) to make use of size- and structure-dependent properties and phenomena distinct from those associated with individual atoms or molecules, or extrapolation from larger sizes of the same material." Encompassing nanoscale science, engineering and technology, nanotechnology involves imaging, measuring, modeling and manipulating matter at this length scale.

One of ISO's most active committees, ISO/TC 229 focuses on the development of nanotechnology standards, including those for terminology and nomenclature; metrology, and instrumentation, test methodologies; modeling and simulations; and science-based health, safety, and environmental practices. To ensure the U.S. is strongly represented throughout TC 229's areas of activity, the ANSI-accredited U.S. Technical Advisory Group (TAG) to ISO TC 229, administered by ANSI , formulates and delivers U.S. positions and proposals to ISO in all areas of nanotechnology. Mirroring ISO TC 229's four-WG structure, the U.S. TAG is made up of U.S. private- and public-sector experts in nanotechnology who serve as delegates for ISO TC 229 meetings, with Steve Brown of Intel Global Environmental Health and Safety serving as overall TAG Chair.

The FDA advises referring to the relevant documents for points to consider when assessing whether an FDA-regulated product involves the application of nanotechnology. Among the various properties of gold nanoparticles (Au NPs), surface ligand characteristics are found to play an important role in determining the behavior of Au NPs, including the aggregation/agglomeration properties of Au NPs in solution, protein binding of these particles to surfaces in cell culture media, and toxicity of Au NPs to living cells.

More detailed information on all three documents referenced can be found in the ANSI-NSP Nanotechnology Standards Database at Nanostandards.ansi.org. For more information regarding either the ANSI-NSP or ANSI-Accredited U.S. TAG to ISO/TC 229, contact Ms. Heather Benko (senior manager, nanotechnology standardization activities, hbenko@ansi.org). 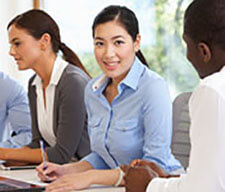