The Notice of the State Council follows recent public remarks on the reforms by Premier Li Keqiang and officials from the Standardization Administration of China (SAC), and outlines six measures of reform that will take place between 2015 and 2020. These measures include: establishing a central coordinating mechanism under the State Council; streamlining and consolidating the number of mandatory standards; optimizing the structure for voluntary or "recommended" standards; fostering the development of "social organization standards"; encouraging development of enterprise standards; and improving the level of internationalization of standards.

The Notice includes several updates to previously released information about the reform process, including the mention of a central coordinating body for standardization. The roles outlined in the Notice will likely be carried out by SAC and other existing PRC government agencies. Also of note is the invigorated importance placed on international standardization and further increasing China's impact and influence in this area.

The timeline described in the Notice includes milestones in three stages. The first stage (2015-2016) will focus on piloting the reform measures and includes activities, such as proposing amendments to the standardization law, consolidating mandatory standards, and establishing the central coordinating mechanism. The second stage (2017-2018) will focus on transitioning to the new standards system, including fostering the formulation of social organizations capable of developing standards and fully implementing the "self-declaration and disclosure of enterprise products and service standards" initiative originally piloted in 2014. The third and final stage (2019-2020) will focus on completing the transition to a fully functioning new standards system.

ANSI has prepared a reference translation as a courtesy to ANSI members only. The English translation is available in the Member Library here.

The Chinese standardization system is administered by the General Administration of Quality Supervision, Inspection and Quarantine (AQSIQ) and most standardization activities are overseen by SAC. For more information, visit ANSI's StandardsPortal, which provides details and answers on standards, conformance, market access, and trade related questions for China and other countries. 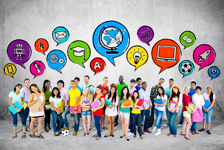 ANSI Expands Free Resources for the Next Generation of Standardization Leaders