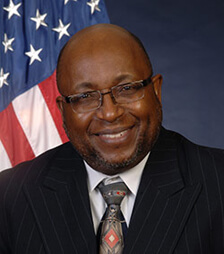 The U.S. Senate has confirmed Willie E. May, Ph.D., as the fifteenth director of the National Institute of Standards and Technology (NIST). Dr. May has been acting director since June 2014 and also serves as the second under secretary of commerce for standards and technology. In addition, he serves as the vice president of the International Committee on Weights and Measures (CIPM) and president of the CIPM's Consultative Committee on Metrology in in Chemistry and Biology.

Dr. May has been with NIST since 1971, and led research activities in chemical and biological measurement science activities prior to serving as associate director for laboratory programs and principal deputy to the NIST director. His research at NIST has focused on trace organic analytical measurement science, the physical and chemical properties of organic compounds and liquid chromatography, which is used to identify the components in a mixture.

In his new position, he will focus on efforts to strengthen NIST's Manufacturing Extension Partnership and Baldrige Performance Excellence programs to contribute to the nation's advanced manufacturing and innovation goals. He will collaborate with U.S. secretary of commerce Penny Pritzker to address the department's new responsibilities called out in the Revitalize American Manufacturing and Innovation Act.

Dr. May is a graduate of Knoxville College in Tennessee, where he received a B.S. in chemistry. He earned his Ph.D. in analytical chemistry from the University of Maryland, from which he received the Alumnus of the Year Award from the College of Chemical and Life Sciences in 2007, in addition to numerous industry accolades.

In May 2014 Dr. May addressed the Board of Directors of the American National Standards Institute (ANSI), sharing NIST's efforts in standards and conformance. During his remarks, he noted that more than 400 NIST staff participate directly in standards development work, both domestically and internationally.

"ANSI congratulates Dr. May on his outstanding achievements and well-deserved appointment," said S. Joe Bhatia, ANSI president and CEO. "We look forward to collaborating with NIST and Dr. May to accelerate and strengthen the nation's voluntary consensus standards and conformance system."