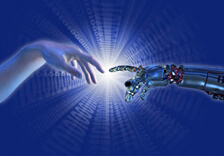 As automation evolves and continues to boost productivity across global industries, a working group from the Institute of Electrical and Electronics Engineers (IEEE), an American National Standards Institute (ANSI) member and accredited standards developer, has developed a standard that helps simplify programming and extend the information processing and reasoning capabilities of robots. The standard ultimately helps facilitate clear robot-to-robot and human-to-robot communication.

The new standard, IEEE Standard for Ontologies for Robotics and Automation (IEEE P1872), was developed by a working group of 166 experts from 23 nations. The National Institute of Standards and Technology (NIST) reports that "ontology," as it relates to robotics and automation ontology in the new standard, was modeled after the field of philosophy, where it denotes the study of things that exist and how they are grouped and related to each other.

In terms of robotics, for example, "ontology" specifies key concepts, properties, relationships, and self-evident truths in a particular domain of activity. On an industrial shop floor, for instance, the standard will help enable a robot to know its capabilities—including lift capacity, and whether it can work around people—and let it assess a workload and determine whether it can complete the task.

The working group is working on ontology specific to industrial robots, focusing initially on assembly tasks. The standard development is integral at a time when reports indicate that as robots become more cost efficient and easier to program, manufacturers will start to use them on a wider scale, which will expand robotic integration in industrial supply chains globally.

"As technology advances, robots are growing in their capabilities and, someday, may become jacks of many—if not all—trades," explained NIST engineer Craig Schlenoff, who chairs the IEEE working group that developed the standard. "They will work collaboratively with other robots and with humans. So, there will be—and, in fact, there already is—a need for clear, unambiguous communication."

For more on the standard, read the full coverage here.

IEEE is a nonprofit organization that develops and publishes over 900 standards relating to electronics, a broad field in today's modern world. Headquartered in New York City, IEEE has over 400,000 members in over 160 countries. 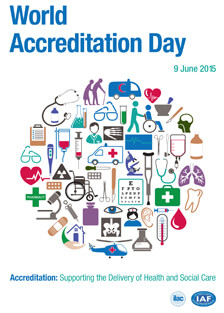 Reminder: ANSI and ANSI-ASQ National Accreditation Board to Host Free Webinar in Celebration of World Accreditation Day 2015 on June 9