Mr. McNeive has had a strong presence in the standards community for 25 years, participating in many product sections and policy committees for the National Electrical Manufacturers Association (NEMA). He sat on several standards committees in Canada and the U.S. through the Council for Harmonization of Electrotechnical Standards in the Nations of the Americas (CANENA), and has served as CANENA's president and on its executive committee. In 2011, Mr. McNeive received NEMA's Kite & Key award, which recognizes members of the community who have advanced the electrical industry through participation in NEMA activities.

Bruce Schopp, manager of transportation systems at NEMA, has announced his retirement.

Prior to joining ABA, Mr. Cook was the senior director of advocacy and counsel for special projects at the Credit Union National Association (CUNA). He oversaw legal advocacy efforts and worked with legislative issues such as patent reform, payments policy, data security, and regulatory relief.

"Steve's extensive background as a commercial banker with a focus on agricultural lending makes him an excellent addition to our Center for Ag and Rural Banking," said James Ballentine, ABA's executive vice president of congressional relations. "He will be able to provide essential insight to the challenges and opportunities for our members in rural America." 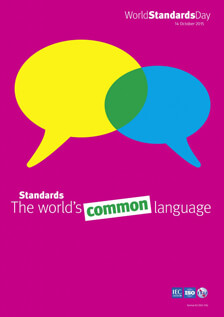