On September 23rd, the monthly webinar of the American National Standards Institute (ANSI) Network on Smart and Sustainable Cities (ANSSC) will feature an overview of initiatives within the New York City Mayor's Office of Technology and Innovation. Jeff Merritt, Director of Innovation, will be the featured speaker. The webinar will begin at 1:00 pm EDT and last approximately seventy-five minutes.

The Mayor's Office of Technology and Innovation facilitates citywide coordination and collaboration on technology issues, serves as a catalyst for and advises agencies on innovation, and interacts with the wider New York City technology ecosystem. Under the leadership of the City's Chief Technology Officer, the office's mission is to fulfill Mayor Bill de Blasio's vision of making NYC the most innovative, tech-friendly, and equitable big city in the world.

Within the Mayor's Office of Technology and Innovation, Jeff Merritt has led a range of technology efforts including the coordination and development of new smart city initiatives, launch of the .nyc top-level domain, support for the expansion of pre-k in New York City, and the announcement of LinkNYC, New York City's plan to build the largest and fastest municipal Wi-Fi network in the world. Previously, Jeff served alongside Mayor de Blasio in the New York City Public Advocate's Office where he led the Public Advocate's open government and technology initiatives and national coalitions on issues of corporate political spending and gun divestment. Before his work in city government, Jeff served in various capacities providing tools and training in democratic processes and effective political engagement, including serving as founder and president of Grassroots Initiative, executive director of the Center for Civic Responsibility, and working with U.S. State Department-sponsored programs in the Balkans. He holds a Master's degree from Columbia University and a Bachelor's Degree from the University of Michigan.

Participation in the September webinar is open to individuals who have joined the ANSSC, a forum for information sharing among members of the standardization community, representatives of local governments, and experts in sustainable urban infrastructure planning and development. To register for the ANSSC and participate in the webinar, please visit www.ansi.org/cities. 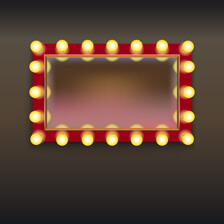