Workcred executive director Roy Swift, Ph.D., joined a panel of career experts to testify at the House Committee on Veterans' Affairs on September 10, emphasizing the urgency to translate military skills into civilian careers as thousands of veterans transition to new jobs each year. The American National Standards Institute (ANSI)-affiliated Workcred, a 501(c)3 not-for-profit corporation, serves to improve the often complex credentialing system by preparing employers, workers, educators, and governments to use it effectively.

The hearing, A Review of Licensing and Credentialing Standards for Servicemembers and Veterans: Do Barriers Still Remain? included testimony from a number of executives representing credentialing efforts, including the American Legion, Lumina Foundation, and the Institute for Credentialing Excellence (ICE), as well as representatives from the U.S. Department of Defense (DoD), the U.S. Department of Labor (DOL), and the Policy National Governors Association.

"We face a tremendous challenge," Dr. Swift said. "There are more than 4,000 certifications in the U.S. and less than 10 percent of these are accredited or reviewed by a third-party accreditation body." The marketplace reality is a challenge, because most available certifications do not meet national or international standards, which is increasingly critical as 250,000 returning service members join the prospective employee pool every year.

Even more, although veteran unemployment is at a seven-year low, connecting servicemen and women to careers that require credentials to get to work is a barrier to filling skilled jobs. "Service members can encounter delays in seeking employment after discharge even though they have experience and education," according to a statement from the Reserve Officers Association of the United States (ROA) presented at the hearing. "The military's ability to meet the professional standards for certification would be a great enabler of reservists who want to work in these fields," the statement specified.

Workcred's efforts in addressing these challenges in the credentialing marketplace include the newly launched Credential Transparency Initiative, funded by Lumina Foundation. The initiative was launched to develop common terms for describing key features of credentials, create a voluntary, web-based registry for sharing the resulting information, and test practical software applications for employers, students, educators, and other major credential stakeholders.

Dr. Swift emphasized that the registry holds great promise to make civilian credentials more transparent. According to his testimony, the DoD, for example, in cooperation with partners such as the American Council on Education (ACE), could use an app to more efficiently connect Military Occupational Specialty (MOS) competencies to credentials in the civilian job market.

He testified that another important factor in the credentialing marketplace is accreditation—an independent, third-party assessment of a certification body's competency to perform the functions required by the marketplace. ANSI was the first accreditation body to deliver an accreditation program in accordance with the requirements of ISO/IEC 17011. The standard is the basis for mutual recognition of accreditation bodies in countries around the world, which assures that credentials are viewed as equivalent and transportable across borders.

See the full Congressional testimony here, or read more about the submissions for the record here.

Images of the testimony are available here.

About Workcred
Formed in 2014 as an affiliate of the American National Standards Institute (ANSI), Workcred is a nonprofit organization whose mission is to strengthen workforce quality by improving the credentialing system, ensuring its ongoing relevance, and preparing employers, workers, educators, and governments to use it effectively. 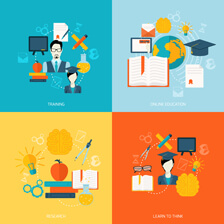