The National Institute of Standards and Technology (NIST) Cyber-Physical Systems Public Working Group (CPS PWG) has released for public comment a Draft Framework for Cyber-Physical Systems. The document, labeled Release 0.8, a companion Draft Timing Framework Annex and a spreadsheet template for submitting comments are available through the www.cpspwg.org website. Comments are being accepted through November 2 and should be directed to DraftCPSFrameworkComments@cpspwg.org.

According to the draft framework, cyber-physical systems (CPS) are defined as "smart systems that include engineered interacting networks of physical and computational components. These highly interconnected and integrated systems provide new functionalities to improve quality of life and enable technological advances in critical areas, such as "personalized health care, emergency response, traffic flow management, smart manufacturing, defense and homeland security, and energy supply and use." The document notes that the term "Internet of Things (IoT)" is sometimes used interchangeably with CPS and the approach set forth in the framework is equally applicable to IoT.

Developed over the past year with input from industry, academia, and government experts working in CPS PWG subgroups, the draft framework is intended to describe foundational concepts and provide a methodology for understanding, designing, and building CPS that can work with one another. As such, it is hoped that the framework will provide a basis upon which tools, standards, and applications can be based.

Input on the framework is needed specifically in the following areas: key attributes of the identified aspects (groups of related concerns); the extent and level of abstraction of the descriptions of each facet (conceptualization, realization, and assurance) of CPS; and whether appendix B can be improved as an example of using the framework methodology. In addition, input is sought on whether the terminology used in the draft framework is consistent with current usage, and suggestions are invited for words, definitions, and appropriate citations in the glossary. 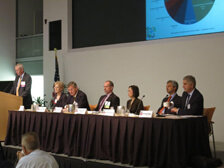 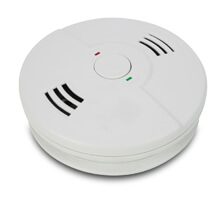