The American National Standards Institute (ANSI), together with the German Institute for Standardization (DIN) held a roundtable discussion focusing on the Transatlantic Trade and Investment Partnership (TTIP) and its opportunities for market access and trade, in addition to various international standardization updates on November 24, 2015, in Washington, D.C.

ANSI president and CEO S. Joe Bhatia opened the discussions noting how ANSI has had a collaborative dialogue with the European Standards Organizations, (ESOs) for over 20 years— including CEN, CENELEC, and ETSI, and these relationships have resulted in a dialogue which has evolved to include the European Commission in recent years.

"Harmonized standardization between the U.S., the EU, and Germany will benefit the transatlantic market as well as global trade," Bhatia said. "Our international collaboration can foster comprehensive solutions to address some of the technological, economic, and societal challenges that we all face."

The meeting also highlighted updates on the Standards Alliance, which began in 2013 [see coverage here] and functions as a public-private partnership between ANSI and the U.S. Agency for International Development (USAID), and delivers technical assistance and other training to developing countries to support their implementation of the WTO Technical Barriers to Trade Agreement. Joseph Tretler, ANSI's vice president of international policy, noted some key successes of the Standards Alliance, also found in the recently released two year report— including developing and executing a robust work stream on good regulatory practices, and training to increase participation in international standardization.

The roundtable also highlighted ongoing trade development and capacity building initiatives and the developments in China as the country makes advances to significant changes to their standardization system. Mr. Tretler also addressed the U.S.-China Standards and Conformance Cooperation Program (SCCP), which is project funded by the U.S. Trade and Development Agency (USTDA), and allows for implementation of 20 industry workshops in China between 2013 and 2016.

As of November 2015, ANSI has completed 19 of the required workshops under the SCCP in partnership with ANSI members and other U.S. private sector associations—with topics ranging from electrostatic discharge and protection to railway life cycle cost analysis to decentralized energy and combined heating power.

The event also included discussions for plans for the 2016 U.S.-German Standards Panel held by DIN and ANSI. The 2016 topic will focus on Innovations in Medical Technology, and the event will be hosted in D.C. at the FHI 360 Conference Center.

Reminder: 2016 Student Paper Competition Calls on Applicants to Exemplify ""A World without Standards"" 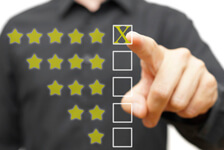