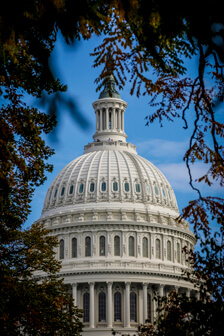 In his final State of the Union address on Tuesday, President Obama reaffirmed his steadfast support for measures that will heighten American security in a new economy. In addition to vowing anti-terrorism measures, the president emphasized several steps that can leverage U.S. security in other ways, including retooling and retraining employees to support a stronger workforce, embracing greener energy, and committing to life-saving medical breakthroughs.

The president underscored examples of energy measures that have boosted jobs and tackled pollution. "Seven years ago, we made the single biggest investment in clean energy in our history," the president noted. "Solar is saving Americans tens of millions of dollars a year in their energy bills, and employs more Americans than coal—in jobs that pay better than average," he said. "Meanwhile, we've cut our imports of foreign oil by nearly sixty percent, and cut carbon pollution more than any other country on Earth."

ANSI supports the work of its members and accredited standard developers working on a multitude of solar energy standards that provide guidance on the construction, management, and testing of panels. The Institute also provides leadership and coordination of energy efficiency efforts through initiatives such as the ANSI Energy Efficiency Standardization Collaborative, (EESCC), which published an informational Standardization Roadmap: Energy Efficiency in the Built Environment in 2014. The roadmap establishes a national framework to which U.S. industry, government, standards developing organizations, and others can look to enable greater energy and water efficiency capabilities for the nation's buildings.

As U.S. businesses forge ahead with innovative technologies to drive competition, including automation in manufacturing, President Obama emphasized the need for better training for workers to be equipped with the best skills for business. He stressed the need for benefits and protections that provide a basic measure of security, and emphasized education and training, placing emphasis on workers reentering the workforce.

"…Saving for retirement or bouncing back from job loss has gotten a lot tougher. Americans understand that at some point in their careers, they may have to retool and retrain. But they shouldn't lose what they've already worked so hard to build," the president said.

Studies reflect a changing workforce. According to a 2015 CareerBuilder annual retirement survey, 54% of senior workers (age 60 and older) plan to work after retiring from their current career. Various other workers will be re-entering the workforce seeking stronger skill sets in a competitive marketplace. One solution to this has been the recent bloom of credentials—often confusing but potentially effective tools for candidates and employers alike.

To help address the confusion surrounding credentials, ANSI supports a stronger workforce and educational efforts with ANSI-affiliated Workcred, which serves to strengthen workforce quality by improving the credentialing system, ensuring its ongoing relevance, and preparing employers, workers, educators, and governments to use it effectively.

The Credential Transparency Initiative (CTI) further supports this aim, and is led by a partnership between Workcred, the George Washington University's Institute of Public Policy, and Southern Illinois University Carbondale's Center for Workforce Development. CTI unites higher education and industry stakeholders to strategize on a multipronged approach to creating a more coherent and transparent U.S. credentialing system. Through cross-sector partnerships, it serves to align higher education programs to the skills needed to compete in the global economy.

To view video footage or the transcript of President Obama's full 2016 State of the Union Address, visit The White House blog.