The American National Standards Institute (ANSI), coordinator of the U.S. voluntary standards and conformity assessment system, has released a revised version of the United States Standards Strategy (USSS), available online in digital format. The USSS describes the principles and tactics that guide how the United States develops standards and participates in the international standards-setting process.

The new 2015 version contains minor changes that reflect current national priorities and industry growth areas, including the growth of innovative technologies such as smart cities, Internet of Things, and cybersecurity, as well as the continuing shift to a services-based economy.

All proposed editorial revisions were considered and finalized by the ANSI Executive Committee and ANSI senior staff, and the revised USSS was unanimously approved by the ANSI Board of Directors at its year-end meeting on December 2, 2015.

Voluntary consensus standards serve as the foundation of the U.S. economy, and are the fundamental building blocks for innovation and competitiveness on the global stage. The United States Standards Strategy builds upon the traditional strengths of the U.S. system — such as consensus, openness, and transparency — while giving additional emphasis to speed, relevance, and meeting important national priorities.

First published in 2000 as the National Standards Strategy for the United States, the USSS underwent a substantial revision in December 2005, and the document's title was changed to reflect the need for standards that meet stakeholder needs irrespective of national borders. Under an agreement that it be revisited on a regular basis to ensure relevancy, a subsequent edition of the USSS was published in December 2010.

ANSI, the U.S. representative in non-treaty international and regional standards-setting activities, serves as the facilitator and administrator of the development process of the USSS, which relies on the coordinated efforts of a large and diverse group of constituents representing stakeholders in government, industry, standards developing organizations, consortia, consumer groups, and academia. The strategy reflects a global standardization environment that incorporates new types of standards development activities, more flexible approaches, and varying structure.

The USSS details 12 key initiatives, which include:

"As always, I encourage every member of the U.S. standardization community to read and endorse the U.S. Standards Strategy, and I urge all to incorporate its core tactics into their own organization's business and strategic practices," said Mr. Bhatia. 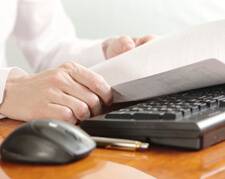