On February 4, from 2 pm to 3 pm EST, the monthly webinar of the American National Standards Institute (ANSI) Network on Smart and Sustainable Cities (ANSSC) will feature a report on the International Organization for Standardization (ISO) and International Electrotechnical Commission (IEC) Joint Technical Committee (JTC) 1, Information technology, study group (SG) on smart cities. George Percivall, CTO and chief engineer of the Open Geospatial Consortium (OGC), who served as a contributing expert and editor to the SG's recent report to JTC 1, will be the featured speaker.

ANSI administers the international secretariat of JTC 1, which agreed to form the SG on smart cities at the November 2013 JTC 1 plenary meeting, under the convenorship of the Standardization Administration of China (SAC). The following year JTC 1 produced a Preliminary Report 2014 on Smart Cities. Following review of the SG's report at the October 2015 JTC 1 plenary meeting, JTC 1 agreed to establish working group 11 on smart cities contingent upon the approval of a relevant new work item proposal. Two such proposed projects are currently out for voting. One is a proposal for an information and communications technology (ICT) framework for smart cities, and the other is a set of ICT related indicators for smart cities to be developed in collaboration with ISO TC 268, Sustainable development in communities.

George Percivall's roles at OGC include articulating OGC standards as a coherent architecture, as well as addressing implications of technology and market trends on the OGC baseline. He is responsible for the OGC Interoperability Program and the OGC Compliance Program. In addition to his JTC 1 involvement, Mr. Percivall is a liaison to the International Telecommunication Union Telecommunication Standardization Sector (ITU-T) Study Group 20 (SG20) for the Joint Coordination Activity on Internet of Things (IoT) and Smart Cities and Communities. He is also an advisory board member to the Smart Cities Council, as well an editor of the OGC Smart Cities Spatial Information Framework white paper. Prior to joining OGC, Mr. Percivall was principal engineer for the National Aeronautics and Space Administration (NASA) Digital Earth Office, and represented NASA in OGC and ISO. He holds a B.S. in engineering physics and an M.S. in electrical engineering from the University of Illinois - Urbana.

The ANSSC is a forum for information sharing on standardization developments for smart and sustainable cities. Participation in the network's monthly webinars and valuable information sharing between webinars is a benefit of membership for ANSI full members. Others are invited to join the network at a cost of $500 per person per year. Alternatively, sponsorship opportunities are available for as little as $1,000 per year, which includes network participation for two representatives per organization plus logo recognition at the start of monthly webinars and on the ANSSC webpage. To register for the ANSSC and participate in the February webinar, please visit www.ansi.org/cities. 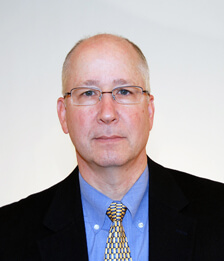