The American Society of Safety Engineers (ASSE), a member and accredited standards developer of the American National Standards Institute (ANSI), has announced that Dennis Hudson is its new executive director. In this role, Mr. Hudson will oversee ASSE initiatives including academic accreditation, government affairs, ethics, a professional recognition and capabilities framework, and outreach to ASSE members.

Mr. Hudson joined ASSE in 2007, and most recently has been serving as its acting executive director. In this role, he oversaw ASSE's Professional Affairs initiatives as listed above. He was also instrumental in the creation of the Center for Safety and Health Sustainability and the Risk Assessment Institute. Previously, Mr. Hudson was the EHS director and senior environmental counsel at Sears, Roebuck and Co.

"Given the pivotal role this position plays in ASSE's success, our goal was to find an individual who could help take the Society in a new direction, align staff resources with ASSE's strategic priorities and ensure that ASSE is fostering a positive work environment," said ASSE president Michael Belcher. "We didn't have to look far. We are confident that the Society will benefit with Dennis at the helm."


The American Society of Mechanical Engineers (ASME), an ANSI member and accredited standards developer, has announced a new management structure with several additions to its executive management team.

Elena Gerstmann, Ph.D., FASAE, has joined the society in the new position of deputy of executive operation. In this role, she will implement programs to promote the organization's growth and improve the Board of Governors' effectiveness. Previously, Dr. Gerstmann oversaw corporate activities for the Institute of Electrical and Electronics Engineers (IEEE).

Jeff Patterson also joined ASME, serving as the associate executive director of marketing. He will oversee market assessment, brand identity and awareness, and marketing communication and sales. Prior to assuming this role, Mr. Patterson was group president at ALM Media.

Luis Rodriguez joined the society as its associate executive director of technology services. His role will focus on the best utilization of technology resources at ASME through strategic leadership and operational acumen. Previously, Mr. Rodriguez was a senior technology leader for Westwood One and Viacom. 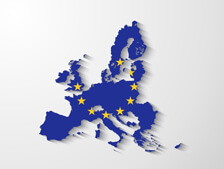