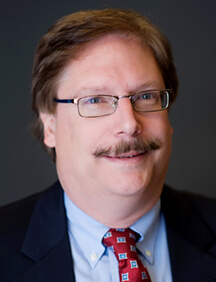 The smart grid community was deeply saddened by the untimely death of one of its pioneers, Erich Gunther, on June 18 at the age of 57. Mr. Gunther was co-founder, chairman, and chief technology officer of EnerNex, an electric power research, engineering, and consulting firm. And he was best known for his outstanding leadership in fostering collaboration among a wide range of stakeholders to accelerate technology adoption and standardization in the energy industry.

Mr. Gunther spent over 30 years designing and developing innovative solutions for a wide array of power system issues, including engineering communications networks and deploying technologies to improve the efficiency, operating practices, and security of the electric power system. He was highly active in grid modernization and automation, and consulted with some of the world's largest utilities and vendors on how to plan, architect, deploy, test, and scale smart grids from end to end. As part of the original team that developed the Electric Power Research Institute's (EPRI's) IntelliGrid architecture, he helped oversee its development through its first major application as part of Southern California Edison's Advanced Metering Infrastructure (AMI) initiative.

In 2004 he was appointed to the U.S. Department of Energy (DoE) GridWise Architecture Council, serving as its chairman from 2010 to 2012. He held numerous leadership positions in IEEE activities and was recognized for his dedicated work in electric power quality by being named an IEEE Fellow. In 2014 he was appointed by the National Institute of Standards and Technology (NIST) as a Disaster Resilience Fellow, as part of a program to bring in industry subject matter experts to provide review and input to NIST's Disaster Resilience Framework. Mr. Gunther served as vice-chairman of the Smart Grid Interoperability Panel (SGIP) board of directors, playing a critical role in the SGIP's formation, growth, and evolution. He was chairman of the board of the Utility Communications Architecture International Users Group (UCAIug) and a member of the UTC Smart Networks Council Advisory Board, among other leadership roles and activities.

"Erich was an exceptional talent, collaborator, and dear friend to me and many others at NIST," said Dr. David Wollman, deputy director of NIST's Smart Grid and Cyber-Physical Systems Program Office. "Many of us, both on the NIST Smart Grid team and in the Community Resilience Program, had the great privilege of working closely with Erich in recent years. He brought a rare combination of intelligence and passion—of head and heart—to his work, his hobbies, and, most of all, to the many communities he touched."

Mr. Gunther received his BSEE from Gannon University in 1980 and his Master of Engineering degree in Electric Power Engineering from Rensselaer Polytechnic Institute in 1984. He was a licensed private helicopter and instrument-rated fixed-wing airplane pilot and aircraft owner, as well as an accomplished home brewer and grill master.

Sharon Allan, president of the SSGIP, created a memorial website (www.forevermissed.com/erich-gunther) for members of the smart grid community to contribute their tributes, pictures, and memories of Mr. Gunther. "The stories are open to the public and offered in honor and celebration of his life as a true leader, visionary, and mentor to the smart grid industry and the broader electricity industry," said Ms. Allan.

The American National Standards Institute (ANSI) offers its deepest condolences to Mr. Gunther's friends, family, and the many members of the smart grid and standardization communities mourning his loss. 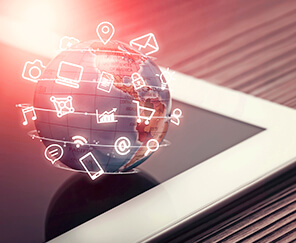