The Interstate Renewable Energy Council (IREC), a member and accredited standards developer of the American National Standards Institute (ANSI), has announced that Larry Sherwood is its new president and CEO. He succeeds Jane Weissman, who has led the organization since 1994.

Prior to assuming this position, Mr. Sherwood was IREC's vice president and COO. He has over 30 years of experience in the renewable energy field, and has been with IREC for over 10 years. Mr. Sherwood authored IREC's U.S. Solar Market Trends and edited its Small Wind Newsletter, and was instrumental in the creation and development of the Small Wind Certification Council. He is also president of Sherwood Associates, a renewable energy consulting firm.

"Jane Weissman's leadership of IREC has not only transformed the organization, taking it from a group of volunteers to a major player in the national development of clean energy, it has also transformed the industry," said Larry Shirley, chair of IREC's board of directors. "Jane's contributions on behalf of renewable energy are legendary and she will be greatly missed.

"At the same time, IREC is extremely fortunate to have an individual of Larry Sherwood's caliber, an experienced leader in the clean energy field who has strong technical and analytical talents, to take over the helm as IREC's new president and CEO," he said.

Mr. Ojalill brings with him years of experience in standards development, training, and certification. He has represented IPC's standards team at industry events globally, including at Poland and Sweden's recent Hand Soldering Competitions. In 2012 Mr. Ojalill established an authorized IPC training center in Estonia at the Tallinn Polytechnic School. He has contributed significantly to the translation of IPC standards into his native Estonian, and is fluent in English and Russian.

"We are thrilled to add Andres to IPC's standards development staff," said David Bergman, IPC vice president of standards and training. "Our members in Europe will now have greater access to IPC's global standards development process. His vast technological background makes him an asset to IPC's goal of further meeting the needs of European members and the electronics industry." 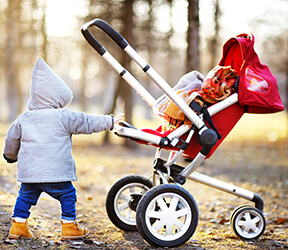