The U.S. National Committee (USNC) of the International Electrotechnical Commission (IEC) congratulates the U.S. winners of its 2016 Young Professionals Workshop Competition. Recipients will attend the international workshop on October 10-14, 2016, in Frankfurt, Germany, in conjunction with the 80th IEC General Meeting (GM).

The USNC represents U.S. interests in IEC standards and conformance activities, and is an integrated committee of the American National Standards Institute (ANSI). The Young Professionals Workshop, in its seventh year, unites professionals from around the world who are at the start of their careers in the fields of electrotechnical standardization and conformance. The workshop is intended to cultivate long- term national involvement in the international arena, strengthen technology transfer, and encourage the participation of emerging professionals in shaping the future of these areas.

This year, the USNC received a record number of applications reflecting well-qualified candidates, resulting in the most competitive selection process to date. As with previous years, the 2016 winners were selected based on their demonstrated leadership and dedication in connection with standardization and/or conformity assessment activities, as well as their vision of the larger commercial and strategic impact of standards and conformance work, and their accomplishments in their chosen field of activity.

The following three IEC Young Professionals have been selected by the USNC:

Edward Hong
Edward Hong is a senior product certification design engineer at Solar Turbines Incorporated, where he has worked since 2012. He leads development, implementation, and maintenance of certification strategies for compliance with applicable international and national standards, as well as conformity assessments for new and existing products to support a global market. Much of his work focuses on the IEC 60079 series of standards pertaining to equipment design and installation in explosive atmospheres. Mr. Hong is a graduate of the University of California, San Diego, where he earned a bachelor of science in aerospace engineering. His training and certifications include: Certification Management Limited IECEx Unit Ex 001 Training; FM Approvals Hazardous Locations Training; and Caterpillar 6 Sigma DMAIC Green Belt Training. He was also recognized by the California Board for Professional Engineers and Land Surveyors as an "Engineer-in Training" in December 2011. Prior to his position at Solar Turbine, Mr. Hong served as an executive intern for the California State Senate from 2011 to 2012.

Jesse S. Jur, Ph.D. Jesse S. Jur, Ph.D., assistant professor at North Carolina State University, serves on the faculty of the department of textile engineering, chemistry, and science and leads a research team on textile electronics design strategies. In 2013 Dr. Jur was appointed as an Advanced Self-powered Systems of Integrated Sensor Technologies (ASSIST) thrust leader on wearability and data - which focuses on fundamental understanding of the human interface with wearable devices. ASSIST is a National Science Foundation (NSF)-funded Nanosystems Engineering Research Center (NERC) and operates as a multi-institutional team led by North Carolina State. Dr. Jur has also been actively involved in IEC Strategic Group (SG) 10 on Wearable Smart Devices and was a contributor to Ad Hoc Group 56 on the topic. He has a bachelor's of science in chemical engineering from the University of South Carolina, Columbia, a master's of science in chemical engineering from the Johns Hopkins University, and a Ph.D. in materials science and engineering from North Carolina State.

Andrew Northup Andrew Northup is the director of global affairs at Medical Imaging & Technology Alliance (MITA), a division of the National Electrical Manufacturers Association (NEMA). Mr. Northrup engages with regulatory agencies in the U.S. and abroad in multi- and bilateral fora to promote regulatory convergence, standards adoption, and trade liberalization in topics of interest to the medical imaging, radiation therapy, and healthcare IT industry. He has assumed numerous leadership positions with DITTA (the Global Diagnostic Imaging, Healthcare IT, and Radiation Therapy Trade Association), including managing several Working Groups, serving as MITA's staff liaison to DITTA, and serving as interim Secretariat to the Board of Directors. Mr. Northup organized two DITTA conferences promoting standards in global medical device regulations in tandem with the International Medical Device Regulators Forum (IMDRF). He also coordinated global medical imaging industry input to revisions of ISO 13485 and IEC 60601 and planned a major standards-based initiative to strengthen the market for refurbished medical imaging equipment.

"Every one of the candidates was simply outstanding this year, and the decision process was extraordinarily tough," said Tony Zertuche, ANSI director, international policy, and general secretary of the USNC/IEC. "On behalf of the USNC, I am pleased and delighted to announce that these top-three achievers have been selected to participate in the IEC Young Professionals 2016 Workshop."

About the USNC/IEC The USNC/IEC serves as the focal point for U.S. parties who are interested in the development, promulgation, and use of globally- relevant standards for the electrotechnical industry. The Committee is also engaged in the assessment of conformance to standards, undertaking work in areas such as testing, certification, and accreditation. As the U.S. representative to the IEC and many related regional standardization bodies, the USNC/IEC serves as a conduit to the global standards-setting community for technical and policy positions arising in the U.S. and brings issues from the global arena to the U.S. for review, consideration, and response. The USNC/IEC is a totally integrated committee of ANSI. 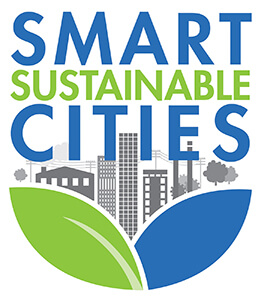 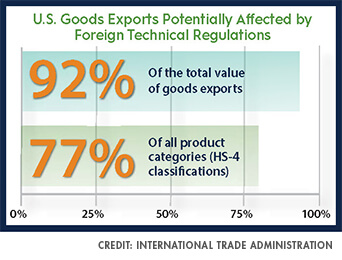