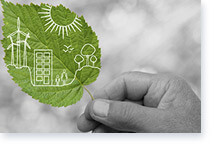 Event in Kenya Will Focus on Standards for Solar Mini-Grids as a Practical, Renewable Energy Solution

On September 29, 2016, the American National Standards Institute (ANSI) will hold the Solar Mini-Grid Workshop, covering regulatory framework and quality assurance, in Nairobi, Kenya. The workshop is the second in an ongoing series organized by ANSI under the U.S.-Africa Clean Energy Standards Program (CESP), which is sponsored by the U.S. Trade and Development Agency (USTDA) and in partnership with Power Africa.

Less than 30 percent of the Kenyan population has access to the national electrical grid. For those who do not, particularly in rural communities, solar mini-grids have emerged as an alternative to traditional grid infrastructure. This workshop will feature presentations by U.S. and Kenyan experts from both the public and private sectors who represent customer billing, quality assurance, and integration for solar mini-grids. The event will foster discussion focused on opportunities in the Kenyan market as well as crosscutting issues affecting other East African markets and beyond. To register for this event, please email us-africacesp@ansi.org.

Due to their geographical location and the lack of critical mass, rural areas are mainly suitable for off-grid renewable energy applications. Renewable energy-based mini-grids are less dependent on large-scale infrastructure and could be placed in service faster, especially in rural areas. Over the past few years, Kenya has witnessed large investments in renewable energies - including $4 Billion in 2015 alone, the second-most renewable energy investment in Africa.

The workshop [flyer here] is one of several events occurring in Nairobi in late September. On September 28 to 29, the SEED Africa Symposium will focus on the stimulation of growth of social and eco-entrepreneurship across the African continent. Immediately following, on September 30 and October 1, the International Renewable Energy Association (IRENA) will hold the International Off-Grid Renewable Energy Conference and Exhibition (IOREC). The IOREC provides a global platform for sharing experience and best practices about design and implementation of stand-alone and mini-grid systems.

ANSI will organize another two workshops under the U.S.-Africa CESP later this year. Each workshop will take place in Sub-Saharan Africa and focus on standards-related issues in the clean energy space. Based on initial interest in the program, ANSI is currently exploring the possibility of organizing workshops on energy storage and smart metering. All ANSI members interested in any of these potential workshop topics are invited to contact us-africacesp@ansi.org to learn more. For additional information on the program and the opportunity to propose other workshop topics, please visit the U.S.-Africa CESP website.

ANSI Announces Recipients of the 2016 Leadership and Service Awards