First Meeting to be held on October 24 in Washington DC

The American National Standards Institute (ANSI), the U.S. member body of the International Organization for Standardization (ISO), encourages stakeholders to participate in the newly formed ISO Project Committee (PC) 305, Sustainable non-sewered sanitation systems. The committee, which currently has 10 participating member countries and 15 observing member countries, is focused on the development of a new ISO standard for non-sewered sanitation systems, integral to ensure safety aspects of next generation or "reinvented toilets."

Efforts to develop an ISO standard for non-sewered sanitation systems stem from a global need for cleaner and safer toilet access. In 2013, the UN issued a call to action for the comprehensive elimination of the practice of open defecation by 2025. A lack of access to safe and clean toilets is associated with disease, crime, and even death, including approximately 700,000 preventable child fatalities reported every year, according to the World Health Organization (WHO). Reinvented toilets can help reverse this crisis by removing pathogens without requiring traditional infrastructure such as sewer, water connection, or electricity, providing for cleaner and safer toilets on a global level.

Formed in May 2016, ISO PC 305 is dedicated to the development of an international non-sewered sanitation systems standard. In an effort toward that goal, an International Workshop Agreement (IWA) was published on September 1, 2016, serving as the basis for the development of the new international standard. The standard will be applicable to individual and community sanitation systems that are self-contained, meet defined discharge requirements, and aim for sustainability.

As part of continued efforts for a solution to this worldwide issue, ANSI - as the secretariat to ISO PC 305 - is calling on global participants to join ISO PC 305, which will meet for the first time on October 24, 2016, in Washington, DC.

The International Organization for Standardization (ISO) is a worldwide federation of national standards bodies from more than 160 countries. Based in Geneva, Switzerland, ISO is a non-governmental organization whose mission is to promote the development of standardization and related activities in the world with a view to facilitating the international exchange of goods and services, and to developing cooperation in the spheres of intellectual, scientific, technological, and economic activity.

ISO's work results in international agreements which are published as international standards and other types of ISO documents. ISO standards are developed by groups of experts, within technical committees (TCs), subcommittees (SCs), and project committees (PCs). Each committee, which focuses on a different subject, is made up of representatives of industry, NGOs, governments, and other stakeholders, who are put forward by ISO's members. 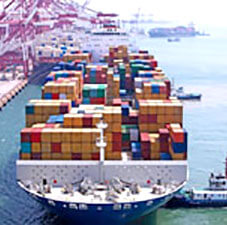 Voluntary Standards Cover the Spectrum: from Shipping Containers to Packaging in Healthcare Settings