Webinar on Friday, September 23, is free for ANSI members

In light of the recent Brexit referendum in which Britain voted to withdraw from the European Union, the American National Standards Institute (ANSI) will host an international policy webinar on Friday, September 23, at 9 a.m. to 10:30a.m. ET, to highlight Brexit's impact on international and regional standardization.

The Brexit decision has raised international concern regarding the future impact and consequences on trade and commerce activities. For its part, the standardization community is focused on addressing how UK's withdrawal from the EU will impact UK participation in venues such as CEN/CENELEC, and the International Organization for Standardization (ISO), as well as the International Electrotechnical Commission (IEC).

Since the process for the UK's withdrawal necessitates that the British government invoke Article 50 of the Lisbon Treaty, there is still uncertainty over how Brexit will impact standardization activities. As a result, it is premature for government officials, both in Europe and in the U.S., to address the issue in a public forum.

To that end, questions still remain about Brexit's impact on private sector standardization, which will be addressed at the September webinar.

The session—free for ANSI members and $49 for all other participants—will feature opening remarks by ANSI president and CEO Joe Bhatia, followed by 15 minute remarks with presentations from several standardization expert speakers. ANSI has invited Dr. Scott Steedman of the British Standards Institution (BSI) to speak about the potential impact of the UK's Brexit referendum on BSI and its relationships with CEN/CENELEC, ISO, and the IEC.

Other invited guests include Louis W. Fredricks of the U.S. Mission to the European Union, who is expected to discuss the role of the Mission and the potential impact of Brexit on U.S. industry, particularly as it relates to standards and conformity assessment.

All interested stakeholders can visit the webinar registration webpage.

ANSI Participates in Standards Roundtable during the U.S.-India Strategic and Commercial Dialogue 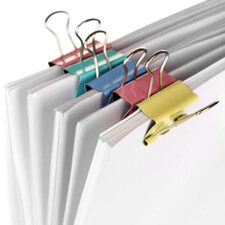