Feedback Due to ICC by November 7

The International Code Council (ICC)requests stakeholder feedback on Version 2 of the ICC Industry Advisory Committee's (IAC's) Council Policy 28 Code Development (CP28). All input on the revision must be received by ICC by November 7, 2016; submission instructions are available here.

In March, the ICC's IAC reviewed feedback for the revisions to CP28 and developed Version 2 of the revision. As described by ICC, the changes proposed by the amendment to policy are intended to support the ICC Code (I-Code) development process's principles of openness and transparency by ensuring that:

There are currently more than 1,400 standards that are referenced in the I-Codes.

The American National Standards Institute (ANSI) encourages all stakeholders to access the proposed revision and submit feedback before the November 7 deadline. 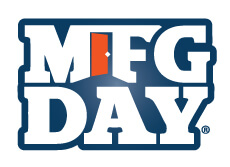