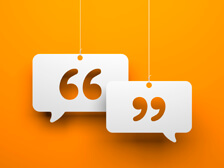 Who #Speakstandards the best? Recently, the World Standards Cooperation (WSC) announced the four winners of its annual World Standards Day video competition, which required entrants to submit 15-second videos that demonstrate how difficult life would be without international standards. The competition is co-organized by the International Electrotechnical Commission (IEC), International Organization for Standardization (ISO), and International Telecommunication Union (ITU) and is intended to raise awareness about the importance of standards in daily life.

The winning video, "No Standard Film," by Khaled Md. Shariful Islam of Bangladesh, uses pencil-drawn sketches to demonstrate how even an illustrated video cannot be produced without international standards. Whether it's operating a complex digital video camera, or simply sketching with a pencil, standards are required for things to function properly and smoothly.

The second-place video, "Toy's Safety Standard," by Anna Orbeli of Armenia, was inspired by a personal experience with an unsafe toy. The third runner up, "Customer Satisfaction Standards," by Orbeli Production, an Armenian team of animators, highlights how standards can enhance customer service. And the fourth-place video, "Spoon," by a team six from Columbia, shows the importance of units of measurement for daily life.

See all of the videos on the official World Standards Cooperation page. Follow and contribute to the conversation on twitter via #speakstandards.

World Standards Day was initially launched in 1970, and is now celebrated by nations around the globe. The 2016 U.S. Celebration of World Standards Day will take place on October 27, and will include a reception and gala dinner at the Fairmont Washington in Washington, D.C. The event will include the presentation of the 2016 Ronald H. Brown Standards Leadership Award, which is named after the late U.S. Secretary of Commerce and honors an individual who has effectively promoted standardization as a key tool in the elimination of global trade barriers.

The 2016 World Standards Day Paper Competition winners will also be announced by the president of SES - The Society for Standards Professionals. ASTM International will serve as the event's 2016 administrating organization, while ANSI and the National Institute of Standards and Technology (NIST) serve as event co-chairs. The annual event celebrates the collaborative efforts of the thousands of public and private-sector experts that dedicate their time and expertise to the development of international standards.

Enroll Now: Operating Procedures of the U.S. TAGs to ISO Webinar on November 3