ANSI Statement on Ban on Travel to U.S. by Individuals from Certain Countries

Note: This message was edited on 02/10/2017 to reflect updated court proceedings.

A now-temporarily stayed executive order signed by President Donald Trump on January 27, 2017, prevents admission to the United States to refugees and individuals from several countries. Specifically, persons who are NOT United States citizens and who travel on passports from Iraq, Syria, Sudan, Iran, Somalia, Libya, or Yemen are impacted.

After the executive order was issued, challenges were brought in a number of U.S. federal district courts. On February 3, 2017, a federal judge of the U.S. District Court for the Western District of Washington effectively stayed and rendered unenforceable the executive order nationwide, and on February 9, 2017, that stay was affirmed by a Circuit Court of Appeals. A further appeal to the U.S. Supreme Court is anticipated, and it is possible, upon further appellate review, that the temporary stay will be lifted and the executive order reinstated. This remains a fluid situation and we will update this message with any significant changes, as appropriate.

As the U.S. member body to the International Organization for Standardization (ISO) and, via the U.S. National Committee, to the International Electrotechnical Commission (IEC), the American National Standards Institute (ANSI) advises that individuals from these countries who were intending to travel to the United States to attend ISO or IEC Technical Committee (TC), Subcommittee (SC), Working Group (WG), or related meetings seek appropriate guidance from an immigration attorney as well as from their national governments and national standard organizations before traveling. In the meantime, ANSI is actively investigating options for remote participation by affected individuals for meetings already scheduled. ANSI is also finding alternative meeting venues outside the United States for future meetings planned this year but not yet convened. 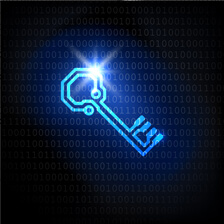