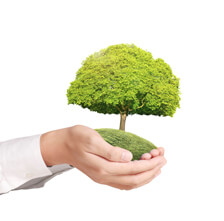 The Climate Action Reserve, a nonprofit registry that certifies projects for reducing emissions, has honored Ann Howard, director of environmental accreditation at the American National Standards Institute (ANSI), with its distinguished award that highlights efforts to further its work. Ms. Howard was awarded during the annual Navigating the American Carbon World Conference in San Francisco on April 19.

Each year, the Climate Action Reserve gives its distinguished "Climate Action Reserve Recognizing Our Team," or "CARROT," award to partners that exemplify efforts to further its mission: to ensure environmental integrity of greenhouse gas (GHG) emissions reduction projects, and create and support financial and environmental value in the U.S. carbon market. As a standardization stakeholder, the Reserve establishes high-quality standards for carbon offset projects, and oversees independent third-party verification bodies, issues carbon credits generated from such projects, and tracks the transaction of credits over time in a transparent, publicly accessible system.

While ANSI's role is not to recognize or develop standards, schemes, or GHG methodologies, ANSI's accreditation program provides validators/verifiers recognition from various organizations, including the Climate Action Reserve. (See the full list).

Each department gives an award at the Reserve, which began as the California Climate Action Registry, and was created by the State of California in 2001 to address climate change through voluntary calculation and public reporting of emissions. Ms. Howard was nominated by the programs team.

Call for Nominations for 2018 ANSI Board of Directors