Following its meeting in Hamburg, Germany, on July 7-8, the Group of Twenty (G20) released a declaration that includes a positive reference to industry-led international standards.

On page 5 of the declaration, the section titled "Harnessing Digitalisation" states that G20 economies will "encourage the development and use of market- and industry-led international standards that are based on the principles of openness, transparency and consensus."

As coordinator of the U.S. standardization system, the American National Standards Institute (ANSI) supports this statement, which embraces the importance of globally relevant standards that are developed in accordance with the principles outlined in the World Trade Organization (WTO) Technical Barriers to Trade (TBT) Agreement (e.g. openness, transparency, consensus, impartiality, etc.).

More about the WTO TBT Agreement

The WTO TBT Agreement Committee Decision states that the global relevance of a standard is determined by how it was developed, not where. More specifically, the Decision states that the development of international standards must rely upon a number of principles, including openness, impartiality, consensus, transparency, and coherence, among others. In other words, the global relevance of a standard cannot and should not be measured by which organization developed it. The degree to which a standard is used in the global marketplace is the best measure of an international standard. In the United States, we refer to this concept as the "multiple-path approach." 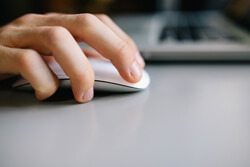 Sign Up for ANSI Overview and Orientation Webinar on August 4