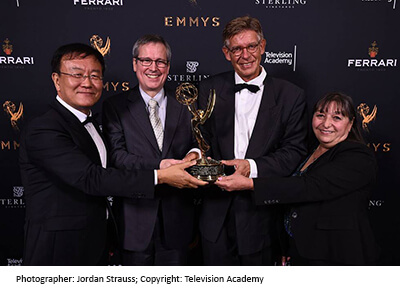 The U.S. Academy of Television Arts & Sciences awarded team the 2017 Primetime Emmy Engineering Awards on October 25. The team that developed the HEVC standard included representatives from about 200 industry and academic global institutions.

The award marks the second Primetime Emmy to recognize the prestige of the video coding work driven in collaboration by ISO, IEC, and ITU. ISO/IEC JTC 1, SC 29, WG 11 (MPEG) was created in 2010 to develop a new generation video coding standard to further reduce by 50 percent the data rate needed for high-quality video coding, as compared to the then state-of-the-art AVC standard.

ANSI is the official U.S. representative to ISO, and, via the U.S. National Committee, the IEC. The U.S. plays a leading role in ISO/IEC JTC 1, with ANSI holding the secretariat and Karen Higginbottom of HP Inc. serving as JTC 1's chair through the end of 2017. The ANSI-accredited U.S. Technical Advisory Group (TAG) Administrator to ISO/IEC JTC 1, SC 29, is the InterNational Committee for Information Technology Standards (INCITS), an ANSI member and accredited standards developer.

"It is a real pleasure to see the work of our experts recognized in this way. This group, which is at the forefront of innovation and technology in video, shows how successful we can be when we work together with a common aim," said ISO Secretary-General Sergio Mujica.

"ITU, ISO, and IEC provide the technical foundations of the extraordinary innovation that we see in video," said ITU Secretary-General Houlin Zhao. "I am pleased to join the U.S. Academy of Television Arts & Sciences in celebrating the experts at the heart of this longstanding collaboration in international standardization."

IEC General Secretary & CEO Frans Vreeswijk adds: "My sincere congratulations to the team of experts behind this standard and a big thank you to the US Academy of Television Arts & Sciences for recognizing the importance of international standards, which are the result of fruitful collaboration between many countries and organizations."

Video accounts for about 75 percent of all consumer Internet traffic, and is expected to rise to over 80 percent by 2020. The majority of this video is coded using international standards developed in collaboration by ISO, IEC, and ITU. "High Efficiency Video Coding"(HEVC), published as ISO/IEC23008-2| ITU-TH.265.

"HEVC is about twice as good in terms of compression as the standard that came before it. That means if you want to store video on a hard disk or send video over the internet for a given level of quality, it would take you only half as many bits using the new standard," said Gary Sullivan of Microsoft, who serves as co-chair of the team that developed the standard.

"The flexibility of the block partitions is a core technology in HEVC from which everything becomes more efficient," said Jens-Rainer Ohm, who directs the Institute for Communications Engineering at RWTH Aachen University in Germany and co-chairs the JCT-VC with Mr. Sullivan. 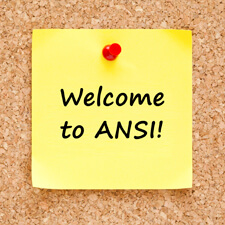