"Eric is an accomplished, respected leader whose broad government and national security experience will serve AIA and its member companies well," said AIA chairman Dennis A. Muilenburg, Boeing chairman, president, and CEO. "Building on the significant progress made under Dave Melcher's leadership, Eric will strengthen AIA's position as the voice of the aerospace and defense industry, bringing continued attention and advocacy to key issues affecting civil aviation, space, and defense. We owe Dave our enduring gratitude for his tireless advocacy and many contributions to our industry."

The Air-Conditioning, Heating, and Refrigeration Institute (AHRI), an ANSI member and accredited standards developer, has promoted Caroline Davidson-Hood to the position of general counsel.

Ms. Davidson-Hood joined AHRI in 2015 in the role of associate general counsel. Previously, she was a products counsel for Caterpillar, and an attorney at Washington law firm Patton Boggs. Ms. Davidson-Hood also spent a year as a wildland fire fighter in Lake Tahoe. She is a graduate of the University of California at Berkeley and UC Berkeley School of Law.

"Our members and our industry have been well-served by Caroline's knowledge of the body of law associated with federal agencies and the legislative and regulatory processes, and we are happy to have the opportunity to recognize her substantial contributions with this promotion," said Stephen Yurek, AHRI president and CEO. 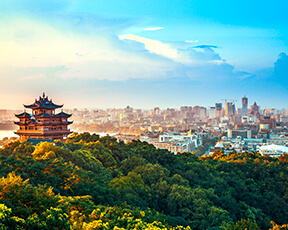