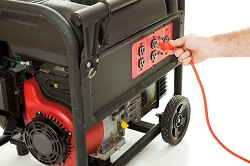 According to the Association Connecting Electronics Industries (IPC), as the mobile electronics markets continue to see significant growth, there will be an increasing demand for product miniaturization and higher product performance expectation. To that end, the next generation of 3D assembly has many implementation challenges, since the technology is complex and requires process expertise that may require foundries, outsourced semiconductor assembly and test (OSAT) providers, and original design manufacturers (ODM).

The standard IPC-7091, Design and Assembly Process Implementation of 3D Components, intends to provide useful and practical information to those who are designing, developing, or using 3D-packaged semiconductor components or those who are considering 3D package implementation.

The standard was developed by IPC, the Association Connecting Electronics Industries, an ANSI member and accredited standards developer. IPC is a trade association whose aim is to standardize the assembly and production requirements of electronic equipment and assemblies.