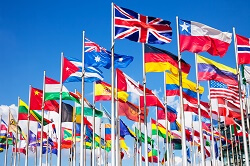 From augmented reality to pyrotechnic feats, a closer look at standards' role in the XXIII Olympic Games

Technological feats like the opening ceremony are just one part of the innovative Olympic Games. Top Olympians have revealed that they have turned to virtual reality to train for the gold. Alpine skiers, for example, use VR to replicate the intensity of their sport. But elite athletes aren't the exception when it comes to VR Olympian experiences. This year, more than 50 hours of live virtual reality coverage of the 2018 Winter Games will be available to view for fans at home. Various news sites have also rolled out augmented reality features, so that viewers can see their favorite Olympians in 3D action.

While athletes and their fans increasingly rely on virtual reality for innovative Olympic experiences, the standardization community is at work to develop standards to support a suite of artificial intelligence and its applicationsincluding virtual reality.

It supports a wide range of multimedia applications, including virtual reality environments. The standard, developed by ISO and IEC and adopted as an American National Standard (ANS) by the InterNational Committee for Information Technology Standards (INCITS), promotes the development of interactive technology.

Stunning optics are always a major component of the Olympics, with pyrotechnics on full display to captivate the audience who were at the show and millions more viewing from home. Standards developed by the National Fire Protection Association (NFPA), a member and audited designator of ANSI, ensure that professional fireworks shows meet safety guidelines for workers and spectators alike.

NFPA 1126, Standard for the use of pyrotechnics before a proximate audience, provides requirements for the safe use of pyrotechnic special effects before a proximate audience at both indoor and outdoor locations to protect property, operators, performers, support personnel, and viewing audiences. Application includes use in conjunction with theatrical, musical, or similar performing arts productions in theaters, stadiums, concert halls, etc.

For related Olympic news on how Standards Fuel the Sports of the Winter Olympic Games, check out the ANSI Blog. 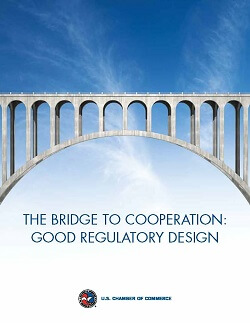 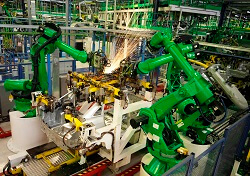