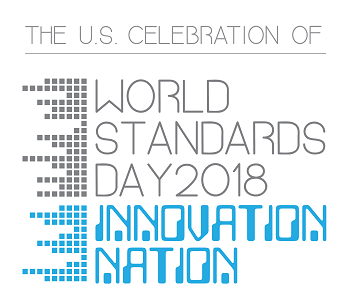 As technological advances propel American industries to new heights, the 2018 U.S. Celebration of World Standards Day on October 18, 2018, will commemorate voluntary standards and conformity assessment's fundamental role in supporting a safe and efficient "Innovation Nation." The event will include a reception and gala dinner at the Fairmont Washington in Washington, D.C.

A wave of disruptive technological innovations include far-reaching progress in artificial intelligence (AI), the Internet of Things (IoT), and virtual and augmented reality. Breakthroughs in areas such as smart health, e-commerce, 3D printing, and autonomous vehicles create capabilities for U.S. industry that were never thought possible even just a decade ago. While these ever-expanding array of technological innovations are changing the way Americans work and live every day, voluntary standards and conformity assessment help fuel that transformation across nearly every industry - building on established technologies and deploying cutting-edge advancements with better safety, efficiency, and reliability.

In 2018 the U.S. Celebration of World Standards Day theme will celebrate standardization's vital role in achieving an "Innovation Nation" with a reception and gala dinner at the Fairmont Washington. The event will include the presentation of the 2018 Ronald H. Brown Standards Leadership Award, which is named after the late U.S. Secretary of Commerce and honors an individual who has effectively promoted standardization as a key tool in the elimination of global trade barriers. The 2018 World Standards Day Paper Competition winners will also be announced by SES: The Society for Standards Professionals.

World Standards Day was initially launched in 1970, and is now celebrated by nations around the globe. U.S. activities are organized annually by a planning committee consisting of representatives from the standards and conformity assessment community. The American National Standards Institute (ANSI) will serve as the event's 2018 administrating organization, in honor of its 100-year anniversary.

For more information, to sponsor the event, or to register, please visit www.wsd-us.org. Advance registration is required. 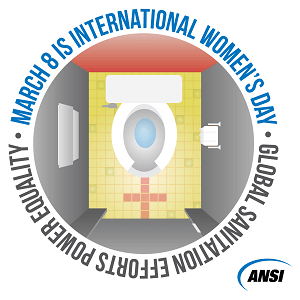