The National Association of Manufacturers (NAM), a member of the American National Standards Institute (ANSI), has announced several additions to their regional public affairs and communications teams.

The NAM Public Affairs and Mobilization Division added five people to their department as part of their initiative to grow NAM's footprint across the country with regionally based public affairs operatives and issue advocacy experts.

Michael O'Brien has been named senior director of advocacy initiatives. Previously, he was the director of public affairs at the Association of Equipment Manufacturers (AEM). Prior to that, Mr. O'Brien was a reporter in Washington, DC, working for NBC News and The Hill.

Kristopher Koenen joined NAM as senior director of public advocacy. He came to NAM from the NRA-ILA, where he managed the development and execution of the organization's Grassroots Division's national operations. In his new role, Mr. Koenen will build out NAM's state program and oversee GOTV, voter education, and fly-in programming.

Todd Shelton was named NAM's regional public affairs director for Ohio and Pennsylvania. Prior to joining NAM, Mr. Shelton was the southeast district director for Senator Rob Portman for six years, representing the senator in 18 counties to all government, community, constituent, and regional leaders.

Elizabeth Van Holt has been named regional public affairs director for Illinois, Michigan, and Wisconsin. She comes to NAM from the office of Illinois Governor Bruce Rauner. There, she oversaw a statewide grassroots field program that organized numerous events in each of Illinois' 102 counties. Previously, Ms. Van Holt held senior positions in several public affairs firms and was the U.S. Chamber of Commerce's regional field director for the Midwest.

Josh Ward joined NAM as regional public affairs director for North Carolina, South Carolina, and Virginia. Previously, he was the Southwest field representative for Senator Richard Burr since 2013. Prior to that, Mr. Ward worked for State Farm.

NAM's Communication and Brand Strategy division announced the addition of Michael Shapiro as director of strategic communications. Mr. Shapiro comes to NAM from his most recent position as communications advisor to House Speaker Paul Ryan. Previously, he was the press secretary and policy advisor to then-House Chief Deputy Whip Peter Roskam. At NAM, Mr. Shapiro will join the organization's growing media relations team and oversee a media portfolio including tax and trade policy and NAM's Manufacturing Institute.

"We are focused on building the most powerful, innovative and respected advocacy program in Washington and nationwide to advance the values that make America exceptional and empower manufacturers to lift up everyone: free enterprise, competitiveness, individual liberty, and equal opportunity," said NAM president and CEO Jay Timmons. "These new team members bring with them the talent, training, and track record of success to help the NAM sustain an unrelenting ability to impact those issues most important to manufacturers across the country." 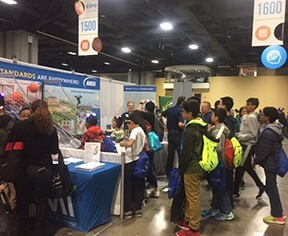