The U.S. Commerce Department's National Institute of Standards and Technology (NIST) has announced a Request for Information (RFI) in the Federal Register on May 1, 2018, about the current state of federal technology transfer and the public's ability to engage with federal laboratories and access federally funded R&D through collaborations, licensing, and other mechanisms. The American National Standards Institute (ANSI) encourages all relevant stakeholders to participate in the RFI process, and NIST's upcoming forums.

NIST will hold four public forums on May 17 in San Jose, California; May 21 in Denver, Colorado; May 31 in Chicago, Illinois; and June 14 in Gaithersburg, Maryland. Registration is now open for these public forums.

As NIST reports, in order to ensure that the 150 billion invested annually in federal research and development (R&D) reaps the largest commercial, economic, and national security returns possible, NIST and the White House Office of Science and Technology Policy (OSTP) are co-leading the Lab-to-Market cross agency priority (CAP) goal in the recently released President's Management Agenda.

To carry out these efforts, NIST has launched the Return on Investment (ROI) Initiative to streamline and accelerate the transfer of technology from federal Laboratories and federally funded R&D at universities. 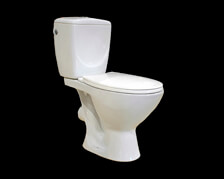